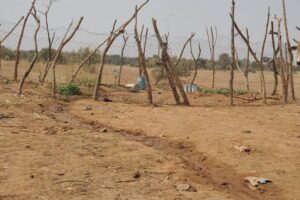 Despite heavy rains and flooding this fall, ongoing drought continues to pose a problem for Niger, especially late in its dry season. Niger often deals with periods of drought, but the country’s southeast is currently experiencing its lowest rainfall in 30 years, exacerbating food shortages. In August 2022, the Nigerien government announced it would use “artificial rain” to alleviate the effects of drought on the country’s farms and food supplies.

The director of Nigerien meteorology, Katiellou Gaptia Lawan said: “We had to do something about this drought,” and that Niger has been severely affected by “many extended dry spells that are upsetting the development of crops and pastures.”

This is not the first time Niger has deployed artificial rain to provide relief during dry spells, and the technology has become commonplace among the Sahel region in recent years.

What is artificial rain? 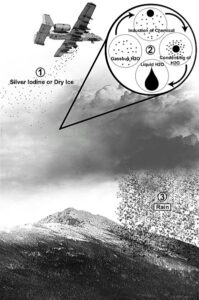 The process of creating artificial rain involves using airplanes to release a mixture of silver iodide and other chemicals into already-existing clouds to stimulate rainfall. “Cloud seeding,” as the process is also known, was invented in 1946 by American scientists and has had a somewhat controversial history.

Cloud seeding was used by the US government in the Vietnam War to lengthen the monsoon season in Northern Vietnam and flood enemy supply routes. This successful use of the technology prompted the UN to adopt a treaty prohibiting hostile uses of “environmental modification techniques.”

In recent years, the technology has garnered interest as a possible salve in drought-stricken parts of the world. Cloud seeding is now common practice in countries like China, Thailand, Australia, UAE, and the Western United States. Artificial rain is utilized by countries across Africa, too, including Kenya, Mali, South Africa, Ethiopia, Nigeria, Egypt, Ghana, Morocco, and Niger.

Niger’s neighbor, Burkina Faso, started its cloud seeding program in 1998 and has claimed great success. The extra rainfall has increased estimated cash earnings from agriculture 10 to 15 percent, according to the country’s government.

How well does it work?

There is some dispute among experts about the effectiveness of cloud seeding as a tool for drought relief. Some have claimed the process is too expensive to be economically viable. For example, Israel halted its 50-year-old cloud seeding program last year because it had proven to be “not economically efficient.”

A 2019 study from the World Meteorological Organization concluded that increased precipitation ranged from zero to 20 percent, with the larger increases representing conditions under which clouds were already likely to form precipitation naturally. Because the technology can only be used when clouds are already present, often this means it can’t be utilized when it is most needed.

Cloud seeding technology carries a certain amount of risk, and it can also bring unintended consequences. In the words of James Fleming, an atmospheric scientist: “You can modify a cloud, but you can’t tell it what to do after you modify it.”

Combating the effects of climate change, drought, and other environmental difficulties calls for a combination of strategies. Wells Bring Hope taps into Niger’s natural aquifers by drilling borewells, which provide villages with drinking water as well as water for farming, making farms more reliable and drought-resistant.

Linking proven solutions like drilled wells with forward-thinking technologies such as artificial rain offers hope to Nigeriens; the Sahel will need all the help it can get in the coming decades. 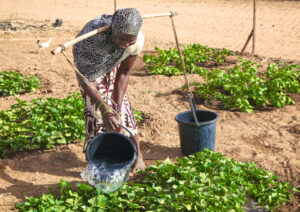