Causes of Child Marriage and the Bigger Picture 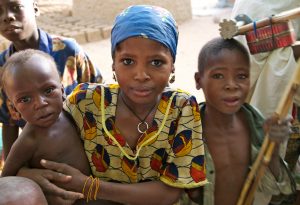 A great deal of research has been done on child marriage in an effort to understand the causes, and effects, of this damaging practice. Child marriage refers to both formal and informal unions in which children under the age of 18 live with partners as if they are married. According to a recent study conducted by Girls Not Brides, 1 in 5 girls in the world are married before the age of 18. Over 650 million women alive today were married as children. Niger has the highest overall prevalence of child marriage in the world with 76% of girls under the age of 18 being married. One of the leading predictors of a high rate of child marriage is gender inequality. Girls are pushed into marriage because of how they are perceived by society: as a burden.

Due to limited economic and social opportunities, young girls in developing nations are often seen as liabilities and economic burdens. While women work in the home, this work is not valued as it does not generate income. This view of women has reinforced the use of the dowry and has contributed to the disempowerment of women and girls. The community structures that limit opportunities for young women are often the result of traditional practices. In many instances, traditional practices that are made the sole responsibility of women such as caring for children, housework, and water retrieval, are not questioned because they are seen as an integral part of a community’s identity. For example, in India, there is widespread awareness of the Prohibition of Child Marriage Act of 2006, which was enacted by the Supreme Court of India, but child marriage is still prevalent as many people feel that traditions and social norms are stronger than the law.

The supremacy of traditional practices creates great barriers to change. For example, in many nations around the world, women and girls are solely responsible for retrieving water for their homes. Unfortunately, water points are often miles away from the rural villages where the women live and may require hours of walking. This time-consuming practice greatly hinders a girl’s ability to receive education and women’s ability to find income-generating work. 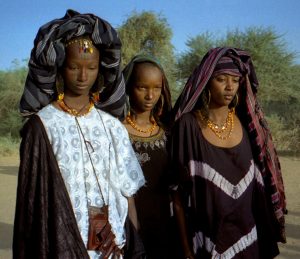 Unfortunately, many young girls are taught that the only way to escape poverty is through marriage to a man with more wealth. This also means that women’s futures often rest in the hands of their spouses. For many, this means that there is no possible path to self-sufficiency. These cultural frameworks create an atmosphere of social and peer pressure that many girls feel unable to combat. This is particularly true in the case of the most vulnerable (orphans, those who have received little education, etc.) who are more susceptible to these forces. In order to break this cycle, child marriage must be stopped as the causes and effects are often circular. A lack of education leads to child marriage and child marriage often discourages, or completely eliminates, a girls’ choice to continue her education. In addition, child marriage is often associated with health risks like sexually transmitted diseases and obstetric fistulas, which further threaten a woman’s position in a community, making her even more vulnerable and reliant on her husband.

While the specific circumstances that lead to child marriage vary from girl to girl (limited education and economic opportunities, dowry systems, traditional and societal norms, and expectations, etc.), the underlying issue is gender inequality that disempowers women and girls. If there is hope for improvement, which I wholeheartedly believe there is, it is vital to understand that there is a need for societal standards that support gender equality. Communities must push back against prejudicial, traditional practices that marginalize half of the population. Increasing awareness of the laws that protect young girls can empower them to play an active role in making decisions that affect their lives. This can be a strong counter to societal pressures and can give girls the courage to break with tradition and operate outside of the status quo. Traditions and customs are not immutable, and empowerment is the gateway to change.