#CoupleGoals: How Social Media is Changing Marriage Culture in Niger

We scroll past it daily on our timeline. That girl we did a group project with from middle school just got engaged, under the Eiffel Tower, with the biggest diamond ever. We like the picture and keep scrolling, but if many of us are honest we indulge in a bit of “Instagram .vs. reality” comparisons as we celebrate her excitement. For those living in the major cities of Niger, the requisite engagement ring shot is replaced by “brideprice photos,” images of suitcases filled with money that announce the upcoming nuptials. In many cultures, prospective grooms are expected to give a sum of money or quantity of goods to the parents of their intended bride. This is typically done to provide the family assurance that the groom-to-be is capable of providing for their daughter. Thanks to social media, what was traditionally a very private exchange has become very public.  These brideprice photos generate in Nigerien women the very same pressure and anxiety that ring-selfies can bring out in women in many other countries and a worry that they are falling behind in the marriage race. 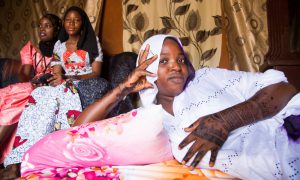 With 75% of women in Niger married before their 18th birthday, there is increasing concern that these displays of wealth and prosperity will lead young women to think marriage is their only chance at success. Many fear that social platforms like Facebook and Instagram are having a negative impact on how some women in Niger view marriage and increasing the risks they are willing to take in order to attain the security they think marriage provides.

Increased use of social media is impacting romantic relationships in other ways as well. Women in Niger are forming connections with women abroad who they perceive as empowered in their careers and relationships. Traditionalists in Niger fear that this glimpse of a different way of life is ruining marriages in Niger. In an article published by The Guardian, marabouts of Niger speculated that social media has a direct influence on the increasing divorce rates in their country. Their anecdotes assume a correlation between how easy infidelity has become on social media platforms, and how women in Niger have started to assert their authority over men – going against the tradition of Niger gender roles. A leader of the Islamic association, headquartered in Niger’s capital, commented, “Most of the time, the women are the problem. They watch TV series from abroad and see how women earn money and are equal to men. But here in Niger men look after women and they are superior.” Thanks to the expanded worldview that social media provides, women in Niger are being exposed to a wider range of models for modern relationships. In response to this change in culture, Niger-based social media initiatives have developed in response to this rise in female empowerment and equality. 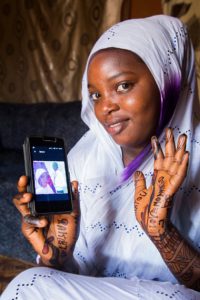 NigeriElles is one such platform. Dedicated to supporting Nigerien women’s want of something other than the traditional path of early marriage, the organization aims to push women in Niger to “take on womanhood” through training programs, events, and business clubs. NigeriElles offers training and support for female business owners and anyone who hopes to create their own means of income as an entrepreneur. The group’s objective is for every woman in Niger to find success by becoming her own boss.

NigeriElles also provides eye-opening statistics about how much women contribute to the total economy on the continent of Africa and throughout the world. A poll conducted at the end of July revealed that 69% of women in Africa exert an economic activity rate (the workforce supply of the labor market) higher than that of the other economic zones in the world. In Africa specifically, women produce 90% of the food goods consumed and sold. The food and agriculture economy in Africa would not exist without women, and NigeriElles is making sure that they are getting the training, support, and resources that they need to succeed. Education and empowerment allow women all over the world make decisions for their relationships and futures based on their own needs and wants, not from a place of fear or survival. NigeriElles is continuing this very important effort of women supporting women and working together to create a healthy future for girls in Niger. Social media may always be flooded with images of envy-inducing courtships and success attached to relationships, creating a sometimes dangerous expectation of marriage. Thankfully, organizations like NigeriElles are working hard to ensure that photos of empowered, independent businesswomen will also have a prominent place on timelines across Niger.