Divorce in Niger: Fear, Hope, and the Struggle for Equality 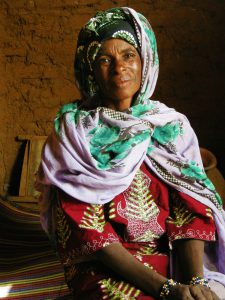 In a fascinating post last year, Wells Bring Hope writer Shayna Watson described how social media is changing marriage culture in Niger, in good ways and bad. One positive development has been the rise of new social media platforms that encourage women to pursue gender equity in their relationships and to consider work, rather than marriage, as a means to financial security. These platforms empower women by giving them a vision of something other than the traditional path of early marriage and financial dependence on a husband.

Not everyone is happy about this development. As the Guardian reported in July, religious leaders fear that Niger’s divorce rate is soaring and that social media is to blame. They believe social media encourages infidelity among men and promotes ideas about women’s status that are at odds with traditional Nigerien culture. The solution, they say, is for women to abandon social media. Many older Nigeriens agree.

Social media may be an easy target for those who fear a rising divorce rate, but a new report by the New York Times provides a more complex view of the situation in Niger. Dionne Searcey, the Times’ West Africa bureau chief, went to Niger to explore a story about child marriage. But after speaking with a judge in Maradi who has been hearing divorce cases for over a decade, she decided to write about divorce . Searcey marvels that in Niger, where women have less education, lower living standards, and less equality with men than almost anywhere else in the world, women are taking more control over their lives and relationships. She calls it Niger’s “quiet revolution.”

Searcey notes that fears of a skyrocketing divorce rate in Niger are misplaced. A recent study by the Centre on Population Dynamics at McGill University supports her conclusion. According to the study, the divorce rate has actually dropped by about 10% over the past 20 years. The real change in Niger is not in the number of divorces, but in how divorce is initiated.

In the past, the vast majority of divorces were initiated by men. In the last 10 years, however, the number of divorces initiated by women has risen dramatically. Social media has undoubtedly played a role in this change, but the situation is more complex. Several social, political, and economic changes have contributed to a deep cultural – and generational shift – in Niger. As a result, young women are no longer willing to endure bad marriages, as they have been expected to do for generations. They are demanding respect, and hopefully love, from marriage partners and are willing to divorce husbands who don’t treat them well.

Although women in Niger are less educated than in other countries, and the child marriage rate is still high, more women are educated now than in the past and, in some areas, are marrying later in life. More women are also moving into cities for work, leaving parents and local traditions behind. This, in turn, empowers them to leave bad marriages.

There is also a greater commitment to women’s rights and more laws against discrimination and domestic abuse. 10 years ago, many women were unaware that they had any rights at all. Today, government-sponsored radio programs broadcast about a woman’s right to leave failing relationships, and billboards, talk shows, and even hip-hop lyrics inform women of their rights as wives.

Economics plays a role too. Niger’s already impoverished economy has been badly impacted by the war in nearby Nigeria with radical Islamist group, Boko Haram. Husbands in Niger are no longer able to support their wives financially, a problem that is compounded by a high birth rate and the practice of polygamy. Financial problems are often the reason women seek divorce.

Women also have more access to media than they had in the past. In rural areas, women discuss marriage troubles on call-in radio shows. In cities, they vent relationship frustrations on social media. Previously isolated, women now have online support networks to help them stand up for their rights, including the right to divorce.

Social media is a mixed blessing. There’s no doubt that 24-7 interconnectedness creates a host of unexpected problems. But around the world, social media has given a voice to people who otherwise would not have the social, political, or economic power to speak. In Niger, women are using that voice to demand more control over one of the most fundamental aspects of their lives – their marriages.