Facts About the Capital of Niger 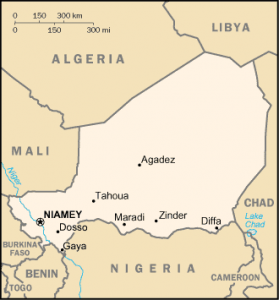 How to Pronounce Niger and Niamey

The pronunciation of Niger can be traced back to its colonial roots. Niger was a French colony until it gained its independence on August 3, 1960. Therefore the official language of Niger is French, and its name has a French pronunciation.

This video is the pronunciation of Niamey:

The 1885 Berlin Conference carved Africa into sections for European countries to colonize. The area now known as Niger fell under French rule. Niamey was a trading area until the French decided to make it a colonial post in the 1890s. Niamey officially became the capital of Niger in 1926.

Like many developing countries, access to education in Niger remains an issue . Still, the capital of Niger can boasts several institutions of higher education. Niger’s biggest university, The Abdou Moumouni University, is located in Niamey.

The Higher Institute of Mining, Industry and Geology is also located in Niamey. It is Niger’s only higher education institution dedicated to training technicians and engineers. Another notable school is the African School for Meteorology and Civil Aviation. This college is dedicated to training students for careers in the aviation industry.

As a landlocked country with 80% of its area taken up by the Sahara Desert, it comes as no surprise that Niamey’s climate is hot and semi-arid. There is no rainfall between the months of October and April. 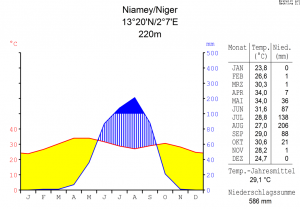 Things to do in Niamey

Niamey is full of exciting things to do and see. The Grand Mosque of Niamey, built in 1970, is a must-see. The mosque is affiliated with Sunni Islam,a religion which is followed by 81.1% of Niger’s population. 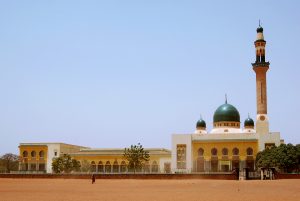 The Grand Marche (aka The Niamey Grand Market) is another experience that is unique to Niamey. Located in the center of the city, it is Niamey’s largest market and shopping center. An estimated 20,000 tourists visit the Grand Marche each year.

An aerial view of the Grand Marche in Niamey.

The Musée National Boubou Hama is the national museum of Niger. It draws about 170,000 visitors each year according to a 2013 survey. 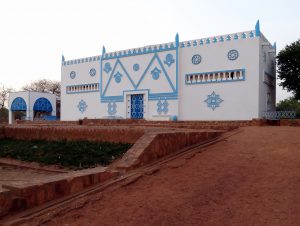 With its rich history and attractions, it is clear that Niamey is one of the top best places to visit in Niger.