Female empowerment is one of the most powerful growing movements of the 21st century. Countries around the world are making changes, slowly but surely, to close the gender gap that exists professionally and culturally. For Nigerien women living with disabilities, the gender gap is even more pronounced. As a result of widespread stigma and marginalization, women with disabilities often experience increased violence and difficulty finding employment. Advocacy groups like the Kossom Association plan to change this. 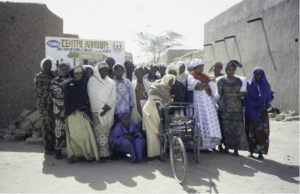 Focus groups conducted by the Global Call to Action Against Poverty reveal the bleak cultural attitude surrounding people with disabilities in developing countries in Africa. Some people believe those with disabilities are cursed and embody bad omens for their families. Often treated as outcasts, they may even be forced to leave their family home. People with disabilities have higher dropout rates for a variety of reasons including financial hardship, facilities that lack accessible infrastructure, and social norms. This leads to limited employment opportunities later in life.

Age and gender only exacerbate the stigma. Disabilities are 7% more prevalent in women than in men. Women with disabilities are also more likely to experience domestic violence than women without disabilities. All these factors intersect to create a difficult, potentially dangerous path for vulnerable women seeking employment. 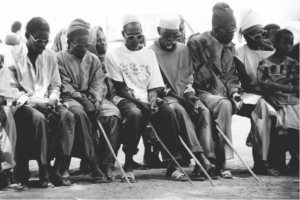 What is the Kossom Association?

The Kossom Association is a small dairy business in Tahoua, Niger that advocates for gender equality and empowers women with disabilities. The organization teaches women to make cheese from milk since cheese is more profitable. One liter of milk becomes one sheet of cheese, which earns a 250 XOF (40 cent USD) profit. While this is a progressive feat in itself, the Kossom Association accomplishes more than providing much-needed jobs.

The Kossom Association creates a supportive community their employees can rely on. The organization recently donated 45,000 XOF (about $73) to build a home for one of their employees, a mother experiencing homelessness. The Kossom Association actively educates the community about gender inequality and disabilities by speaking openly and spreading awareness about different forms of violence against women.

Thanks to a collaboration with the United Nation’s Spotlight Initiative Program, the organization has expanded to 40 female employees and two male employees. Together, they have taken a step toward a shared vision of ending violence against all women and girls, regardless of background or ability.

Progress is in the air. The Kossom Association and Niger are working toward a future where all women have access to the same opportunities enjoyed by able-bodied men. Like the Kossom Association, Wells Bring Hope believes wholeheartedly in the empowerment of women. By drilling wells and bringing safe water to communities, women and girls have more time and strength to dedicate to creating a brighter future in which they are full and equal participants.