Almost half of Niger’s population belongs to the Hausa ethnic group, so Hausa language and culture are essential to Niger’s ethnic melting pot. In recent years, a new and exciting genre of Hausa literature has been changing the lives of women in Niger and northern Nigeria. This new literary movement originated in Kano, Nigeria and is driven entirely by novels written by women. These novels are known as Kano Market Literature because they are sold as affordable 18-20 page pamphlets in the marketplace. In Hausa, they are called littattafan soyayya (romance literature), since many of the early novels portray romantic love affairs. Written by single women, wives and mothers, these novels fearlessly tackle issues like extramarital romance, polygamy, child marriage, divorce and sexual abuse[1]. Despite strict governmental censorship and social stigma against female writers, Kano Market Literature has become a major channel through which women can tell their stories.

During the 1990s, littattafan soyayya writers came under fire for depicting sexual relationships outside of marriage, which some believed would promote sexual immorality. In 2001, a censorship board was established to screen out potentially offensive content. A dark moment for littattafan soyayya writers came in 2007 when the then-governor of Kano publicly burned littattafan soyayya novels as being “pornographic”[2]. With time, the government has relaxed its censorship and now Hausa writers are free to express themselves in the romance genre. They now enjoy greater social respect and are invited to give lectures in universities[3]. 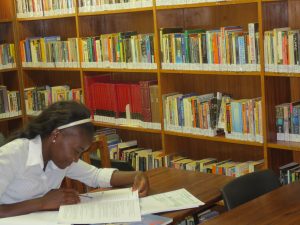 Nigerian author Balaraba Ramat Yakub is the leading author of the littattafan soyayya genre, and the English translation of her novel Alhaki Kuykuyo Ne…(Sin Is a Puppy That Follows You Home) introduced Hausa female literature to the English-speaking world. Her novel describes the oppression and abuse suffered by Rabi, a woman married to a man who visits prostitutes while barely giving her enough money to feed their nine children. The novel was turned into a film and Balaraba Ramat Yakub has engaged in several successful film ventures[4].

Despite these success, littattafan soyayya writers still face numerous challenges in sharing their stories beyond the French-speaking world. Very few Hausa novels have been translated into English, and even fewer are available on the internet[5]. Within Nigeria and Niger, littattafan soyayya has unfortunately been stereotyped as cheap pulp fiction that merely centers on girlish romances, leading to its disappearance from respectable journals and the national press. However, a ray of hope was seen last year in BBC’s Hausa Short Story Writing Contest for Women, which brought Hausa female writers into the international spotlight[6].

Acting editor of the BBC Hausa Service, Jim Saleh noted that “women in Africa have been known to be great custodians of folklore and gifted moonlight story telling[7]”. There are so many extraordinary and remarkable women in Niger, but in a country with 11.04％ literacy rate among women[8], no doubt many stories have been left untold. By drilling wells and freeing women to pursue education, Wells Bring Hope is making it possible for more Nigerien women to share their stories. Become a part of that mission! Let your friends know about Wells Bring Hope by sharing on social media, or volunteering if you can.