My Journey as a Water Engineer 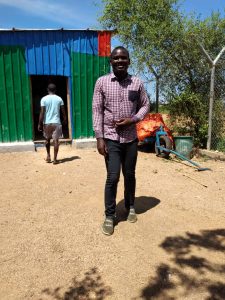 I come from a village called Abur in Osukuru sub-county, Tororo district, Uganda. My grandparents, father and all fourteen of his children were born there. It is located on a hill and the ground water table is very difficult to reach. There is no natural spring, no river, no stream, and no open water source in the entire area and it has been that way for many decades.

The only water source was more than six kilometers away and there were lots of hills to climb. I watched my grandmother fetching water, carrying it in a traditional pot molded from clay. If the pot fell, she would lose the water and also the pot. Her life was really difficult. It took a strong woman eight hours to walk back and forth to get water.

The other challenge was that this water source, our only water source, also served
animals that polluted the water. People would move their cattle every day from other villages and they do that to this day.

Rain was a major source of water and it collected between the hills, like small reservoirs, storing water for at least a month if animals didn’t invade the space. However, the water flowing through the soil and rock would pick up excess minerals and cause serious dental problems.

In 2003, our prayers were answered when the government drilled two borehole wells in our area. I was only eight years old. But sad to say, due to the high amount of fluoride in the well water, we were still forced to fetch drinking water from the same contaminated source. By 2014, the wells dried up. The high fluoride content made teeth very brown and impacted the lives of a whole generation of children who, upon leaving their village, faced ostracism for their appearance. 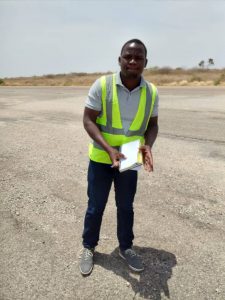 As a young child, I grew up believing that every society was like mine. It wasn’t until I got to high school that I realized other communities had very good water resources and lived a very good life. I also realized that I had to work hard to solve the water challenge in my village.  My dream to improve our water supply was strengthened when one of my village friends who got an electrical engineering degree, returned home and made sure the electrical grid reached our village. It made me believe that I could also bring about change in the life of my village.

The government has remained clueless about how to help people in our area and so the problem remains—my village has no other option than to use the same traditional water source shared with animals.

Having experienced these water challenges, my father encouraged me to pursue a course in Water Engineering as a way to give back to society. In 2018, I completed my B.S. degree in water resources engineering. I also did a project on aquifer recharge techniques to help solve the borehole drying challenges in my village and submitted it as a university undergraduate thesis.

I’m now working on a UN mission in Somalia as a Water and Sanitation Engineer, assigned to a company called I.A.G International L.L.C. I’m very proud to have achieved my goal and hope to one day have the resources to solve the water problem in my village.