Although day-to-day life can be difficult in Niger, it is a country rich in history and culture, with historical and natural wonders that have lasted for centuries. The United Nations Educational, Scientific and Cultural Organization (UNESCO) assigns a World Heritage Site status to natural or man-made landmarks that are deemed to have cultural, historical, or scientific significance, and that provide “outstanding value to humanity.” Niger currently has three World Heritage Sites: two natural sites – the Aïr and Ténéré Natural Reserves and the W-Arly-Pendjari Complex and a cultural site, the Historic Centre of Agadez. All three locations are representative of Niger’s heritage and the beauty that the country has to offer.

The Aïr and Ténéré Natural Reserves is the largest protected area in Africa and is considered a sanctuary for a variety of plants and animals. Within the reserve, there are two main areas: the Aïr Mountains and the plains of the Ténéré desert. The Aïr Mountains stand at over 6,600 feet tall and offer a transit zone for many migratory birds. The area also features the “Blue Mountains,” which are marble stones that give the hills a beautiful blue appearance. The Ténéré desert houses 40 species of mammals, including three different threatened species of antelope. The Reserve’s valleys offer a specific habitat that allows certain kinds of acacia plants to thrive. 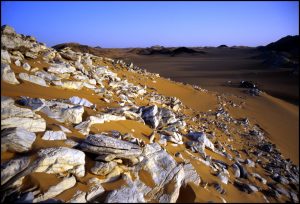 The third site is the W-Arly-Pendjari Complex, which is a transnational property owned by Niger, Burkina Faso, and the Republic of Benin. The Complex is home to a wide range of habitats – including wetlands and wooded savannahs – and is a refuge for larger species like cheetahs, leopards, and antelopes. It hosts 85 percent of the region’s savanna elephants and is considered to have the only viable lion population in the area. The Complex is also a widely-used stop-over site for birds like ducks, swans, and herons. 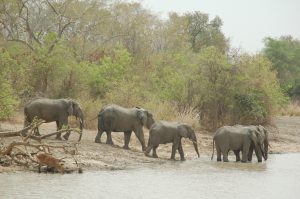 The Historic Centre of Agadez is located on the southern edge of the Sahara desert and features a Grand Mosque and the Sultanate of Aïr’s palace. Dating back to the 15th and 16th centuries, the site was previously home to a kingdom founded by the Tuareg people, which became instrumental in the development of economic and cultural exchanges in the region. Today, the center includes many private homes in addition to religious and cultural buildings and is credited as having the tallest mud-brick minaret (a large religious tower) in the world, standing at nearly 90 feet tall. 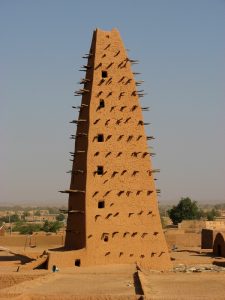 Because these sites have a World Heritage Site status, they are legally protected through the UN and are highlighted to encourage their continued preservation. There are currently 19 other cultural and natural landmarks being considered for nomination, and each addition to the list ensures that Niger’s history and beauty will continue to be cherished. Nigeriens can take pride in UNESCO’s recognition of the importance of their heritage. Wells Bring Hope is creating a different form of heritage – wells that will provide safe, life-giving drinking water for generations to come.