Our 11th Annual Fundraiser is a Fabulous ’50s Bash 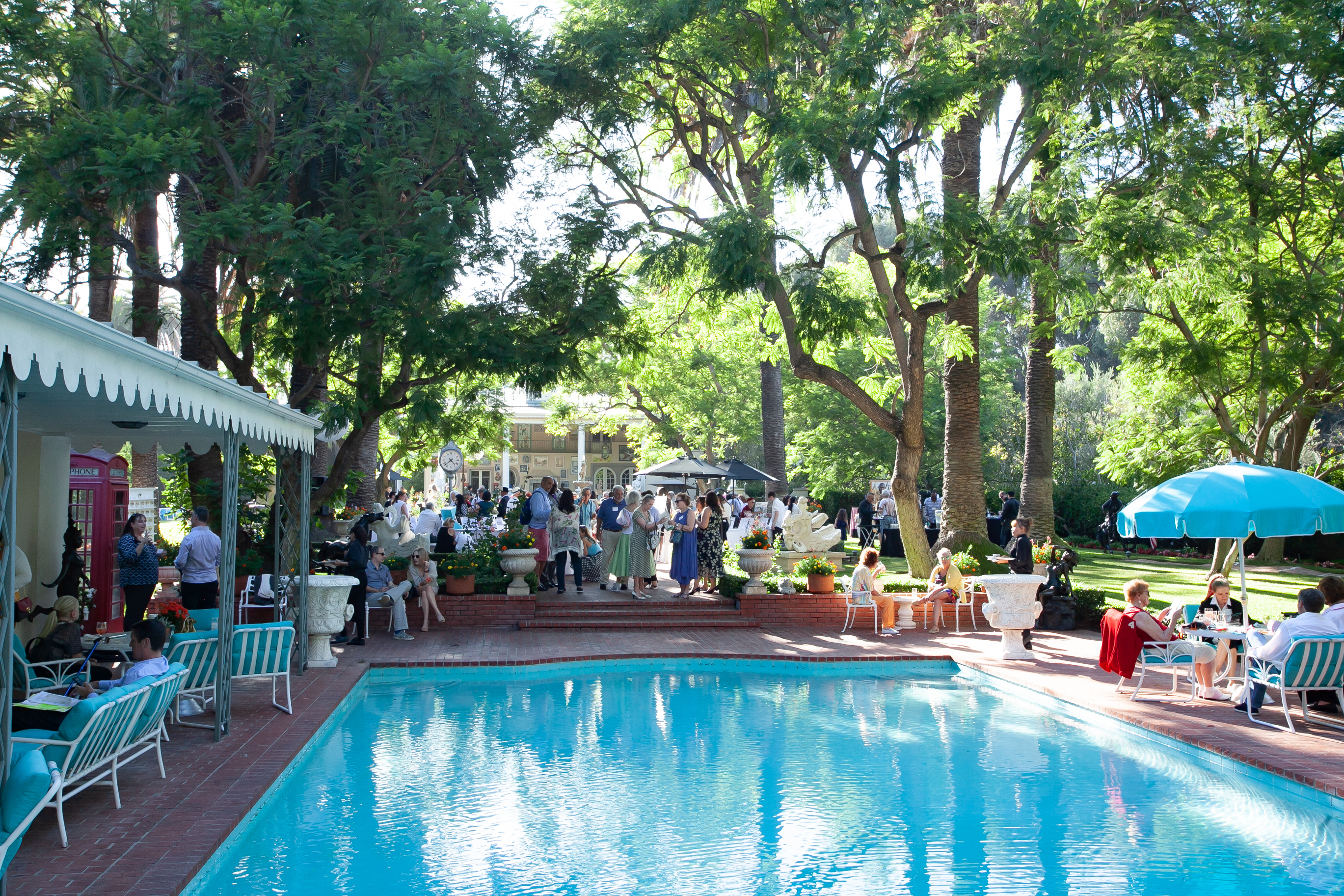 On Sunday, September 22rd, philanthropist, Stanley Black welcomed Wells Bring Hope back to his home for the sixth year in a row for its 11th Annual Fundraiser where we raised enough money to fund 35 wells! It was a Fabulous ‘50s Bash and many guests celebrated the theme with poodle skirts, bobby socks, and other hints of the era. 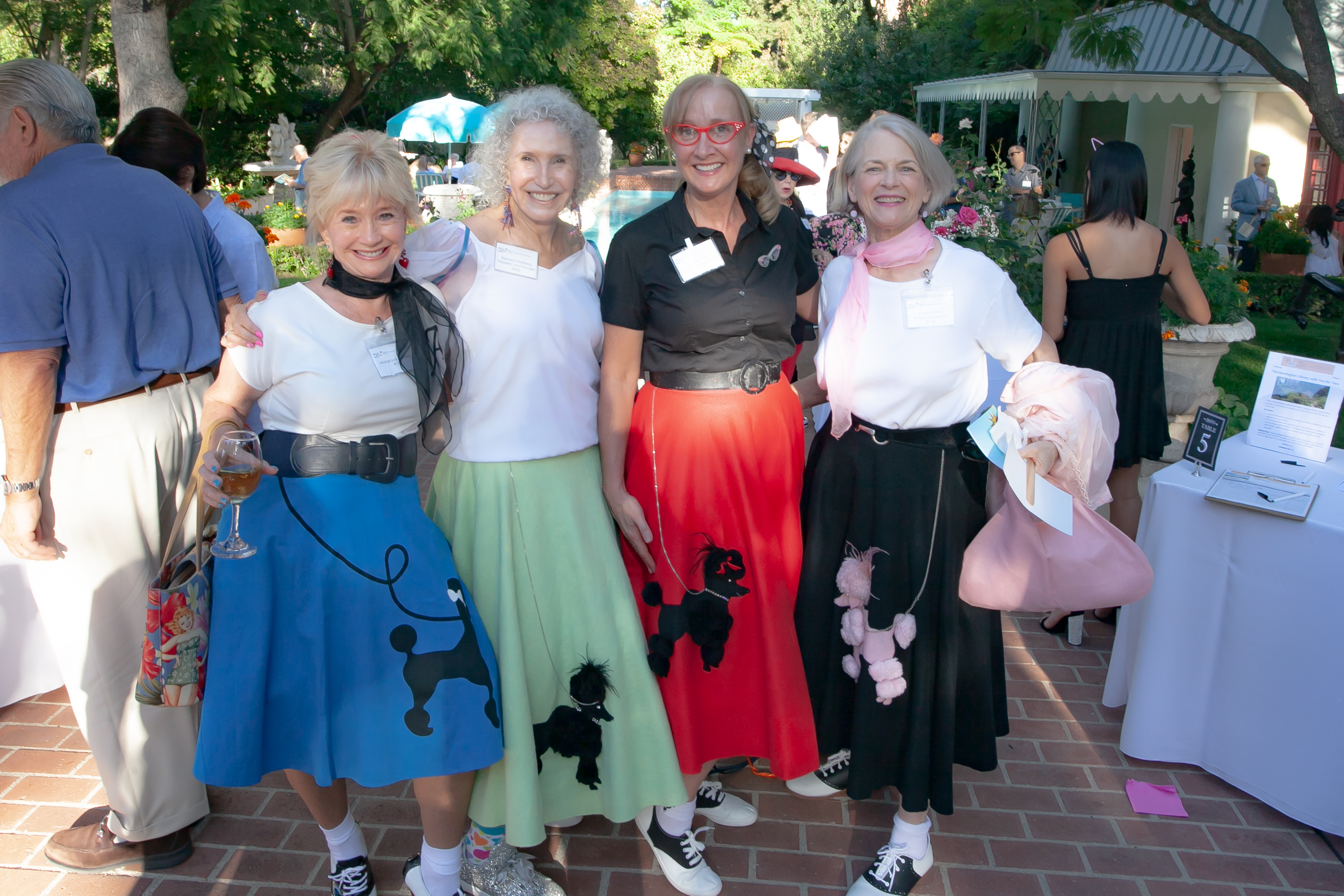 Guests nibbled on delicious food from TGIS Catering and sipped wine donated by Le Vigne Winery. Guests also enjoyed the “Pink Poodle,” a refreshing vodka drink topped off with fresh strawberry puree and mint, while the Wonderelles kept everyone entertained. 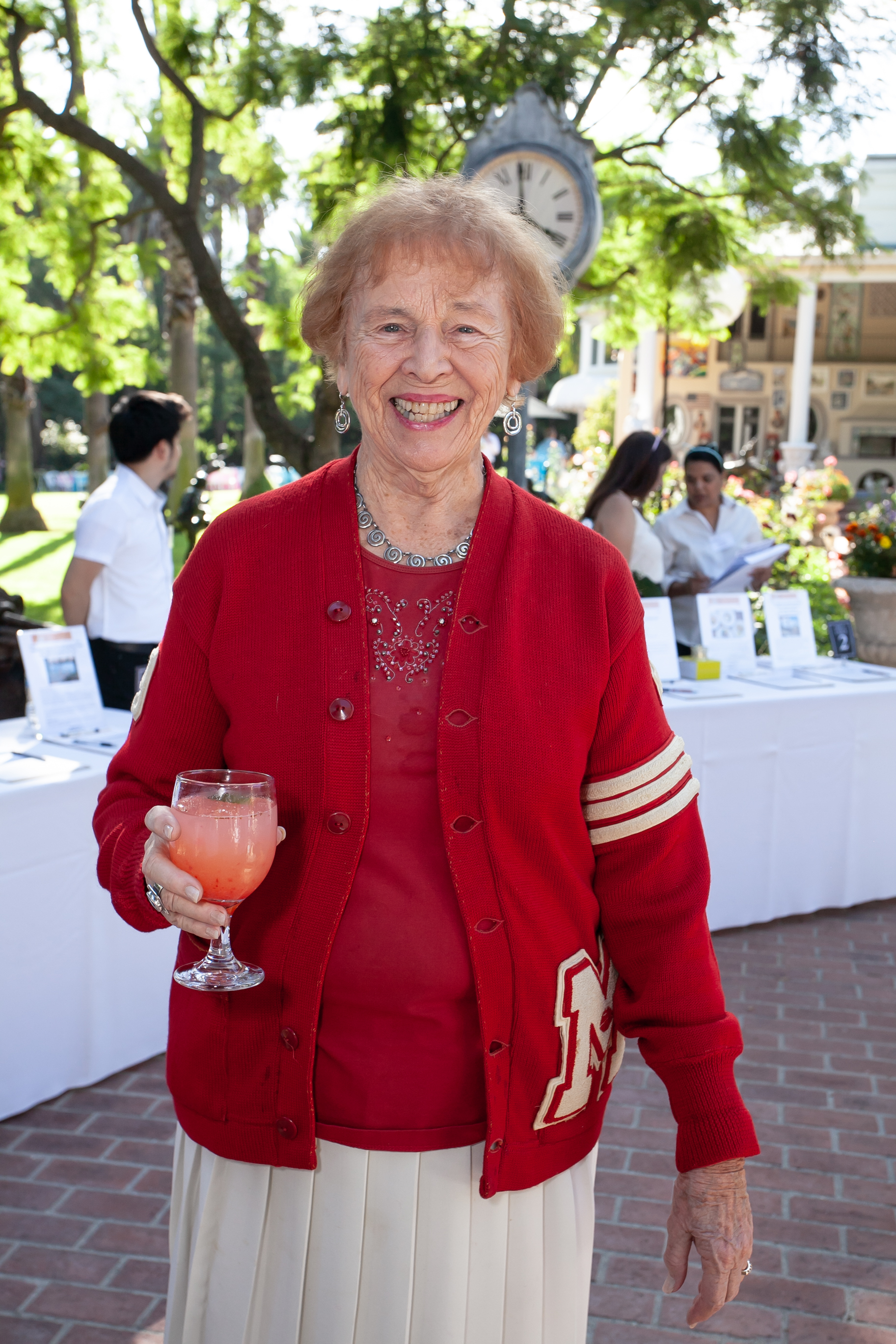 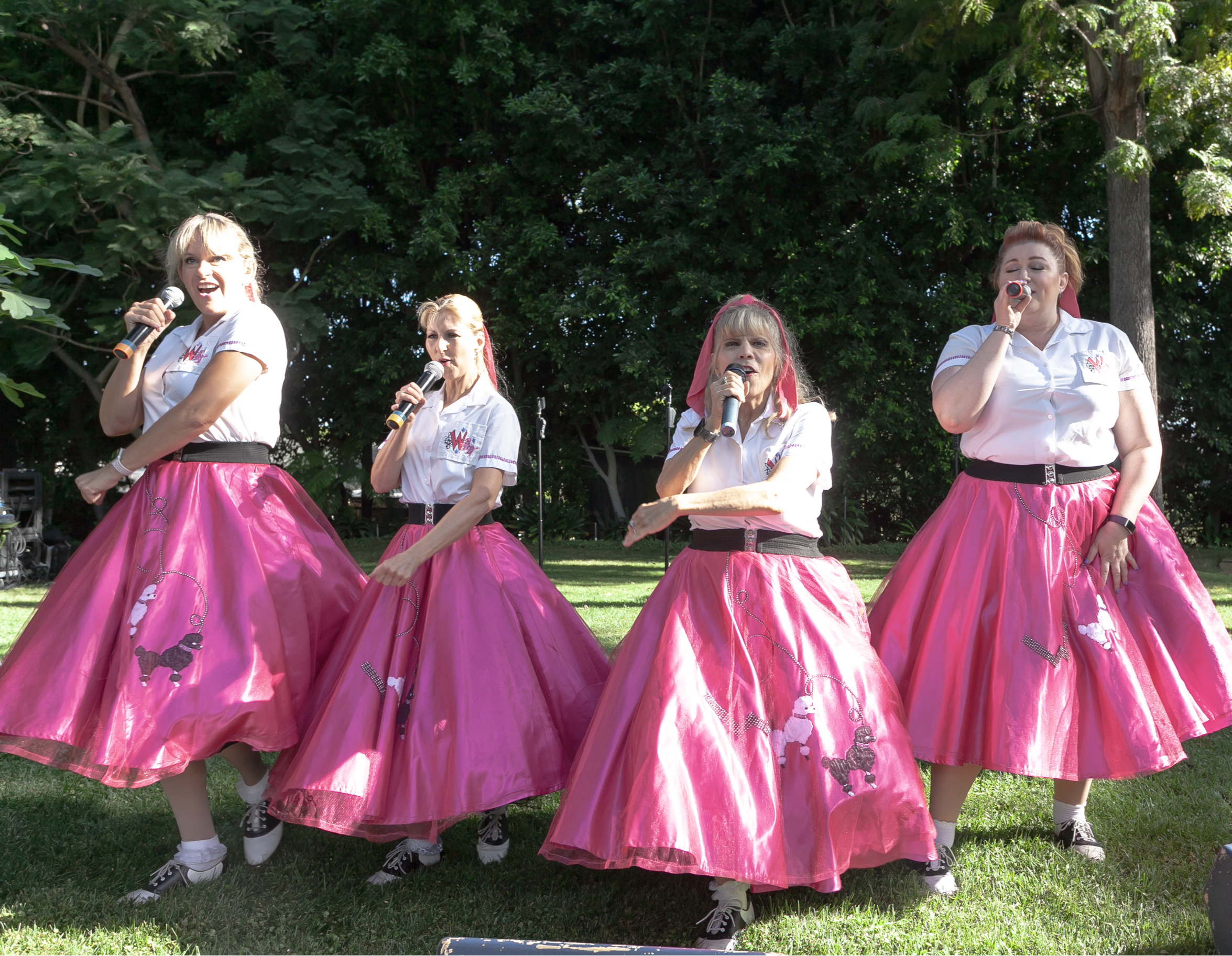 While everyone mixed and mingled, the capable volunteers enticed guests to bid in the silent auction.  This year we offered exciting gift certificates to some of LA’s best restaurants including Nobu Malibu, Cassia, and AOC. Getaways to resorts in Santa Fe, Santa Barbara, and Scottsdale as well as more urban escapes in New York City also got lots of bidding. Thanks to everyone who bid and made the auction lively and fun! 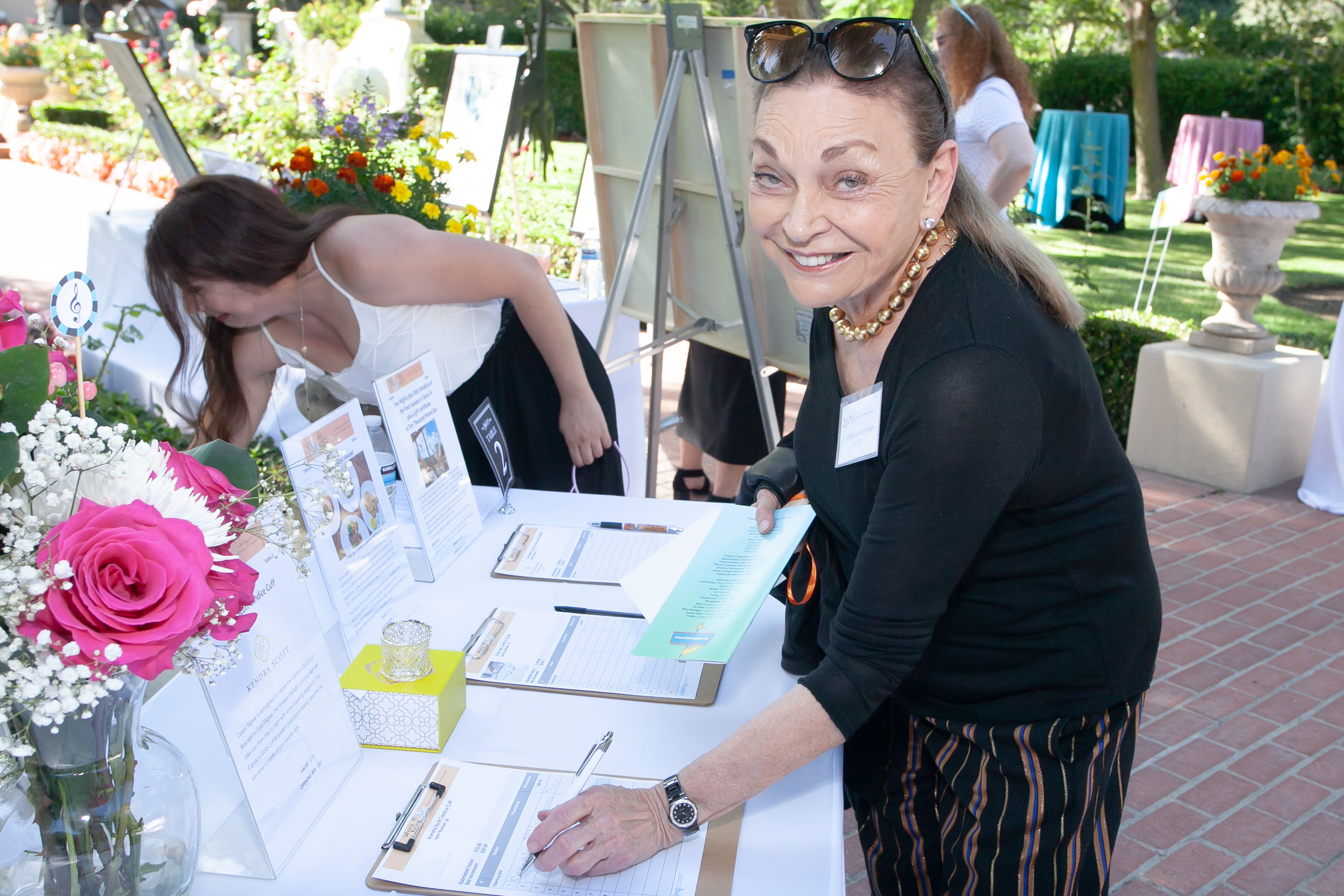 At the close of the silent auction, guests moved to the back lawn where they were welcomed by Founder and President, Barbara Goldberg. She began by acknowledging the generous WBH’s corporate and event sponsors and partners who made the fundraiser possible. Those partners included Bliss Car Wash and its owner/founder, David Delrahim. We were also delighted to have the support of first time sponsor, American Business Bank as well as returning sponsors City National Bank, Noosh Brands, Merrill Lynch, Avitas Wealth Management, and Self Love Cosmetics. 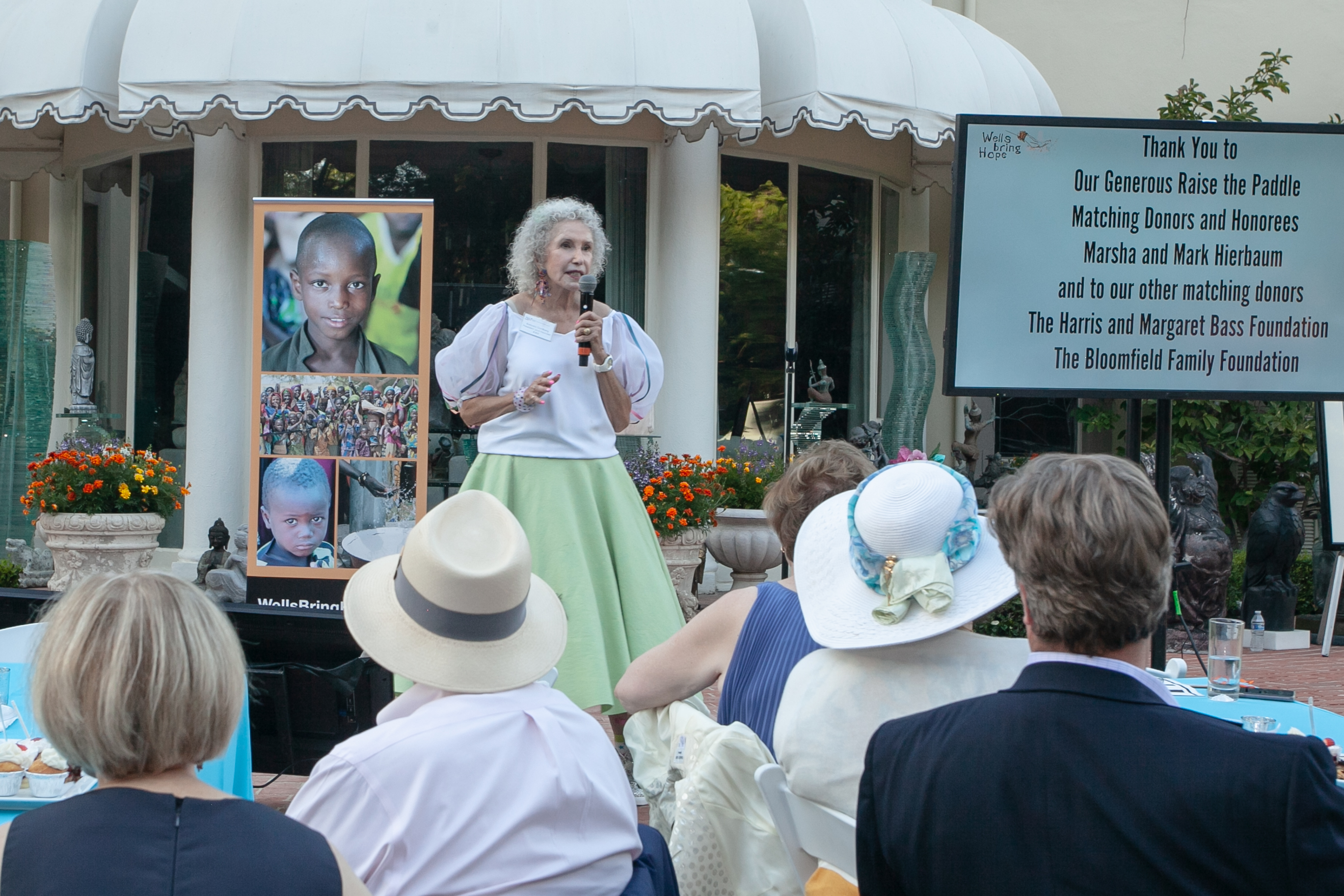 The presentations featured a new video produced and directed by award-winning filmmaker Mellissa Tong of DuckPunk Productions with narration by Sahlima, a long-time supporter of Wells Bring Hope who was born in Niger. Guests were very moved by powerful images and the story that was told. 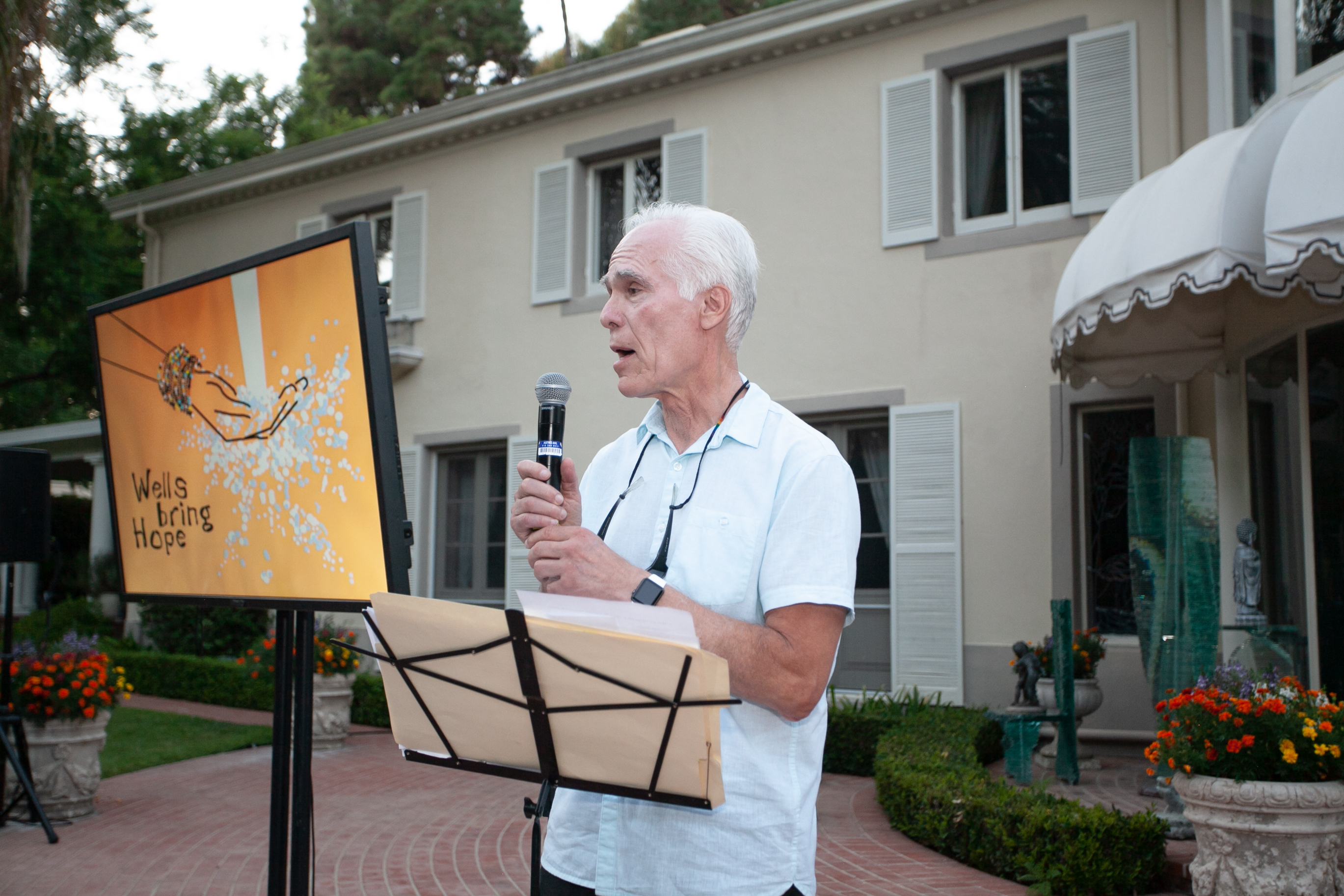 This year, WBH was proud to honor its long-time supporters, Marsha and Mark Hierbaum who have been matching donors for the past five years. Gil Garcetti presented the Hierbaums with an award in recognition of their ongoing generosity and support for Wells Bring Hope. 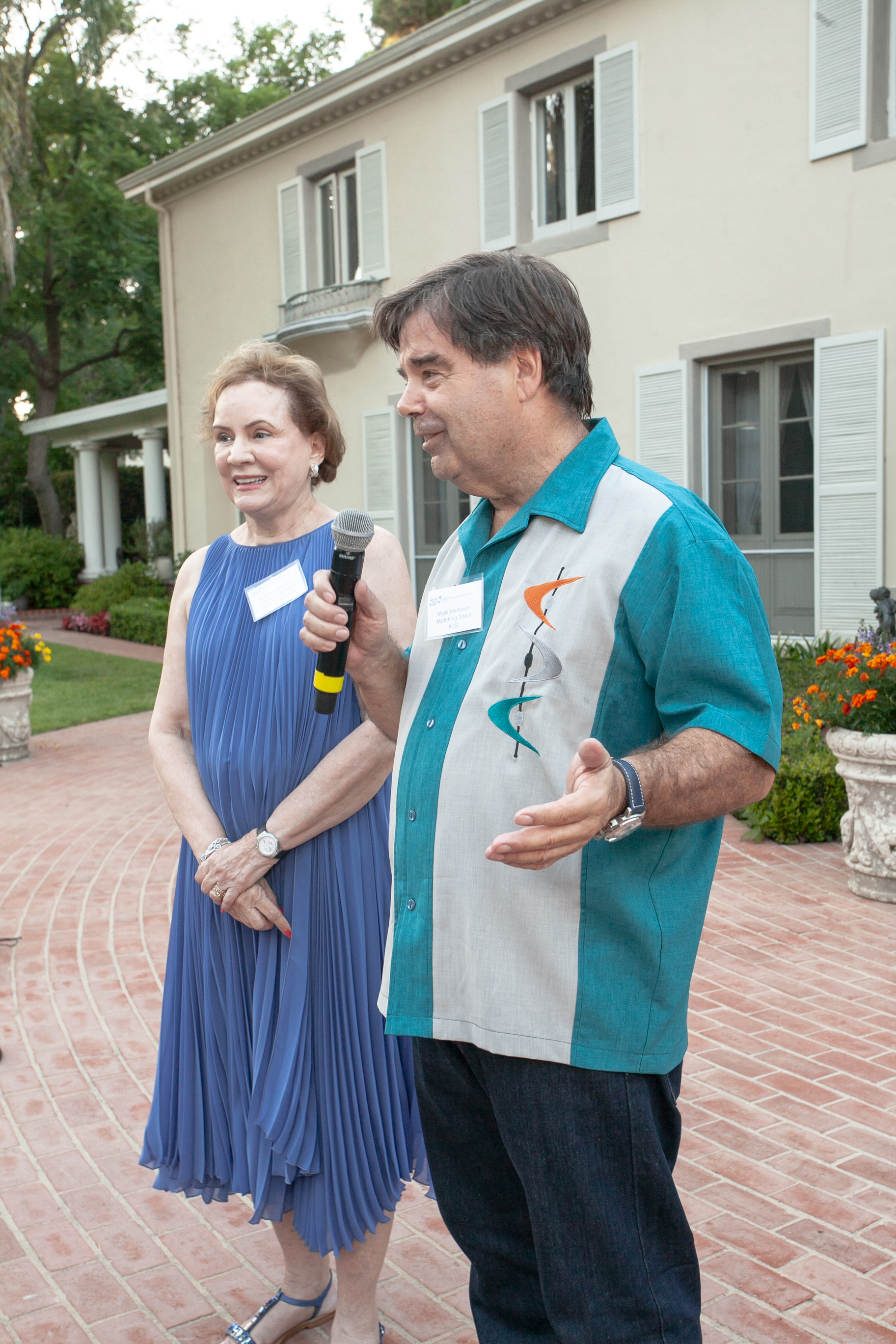 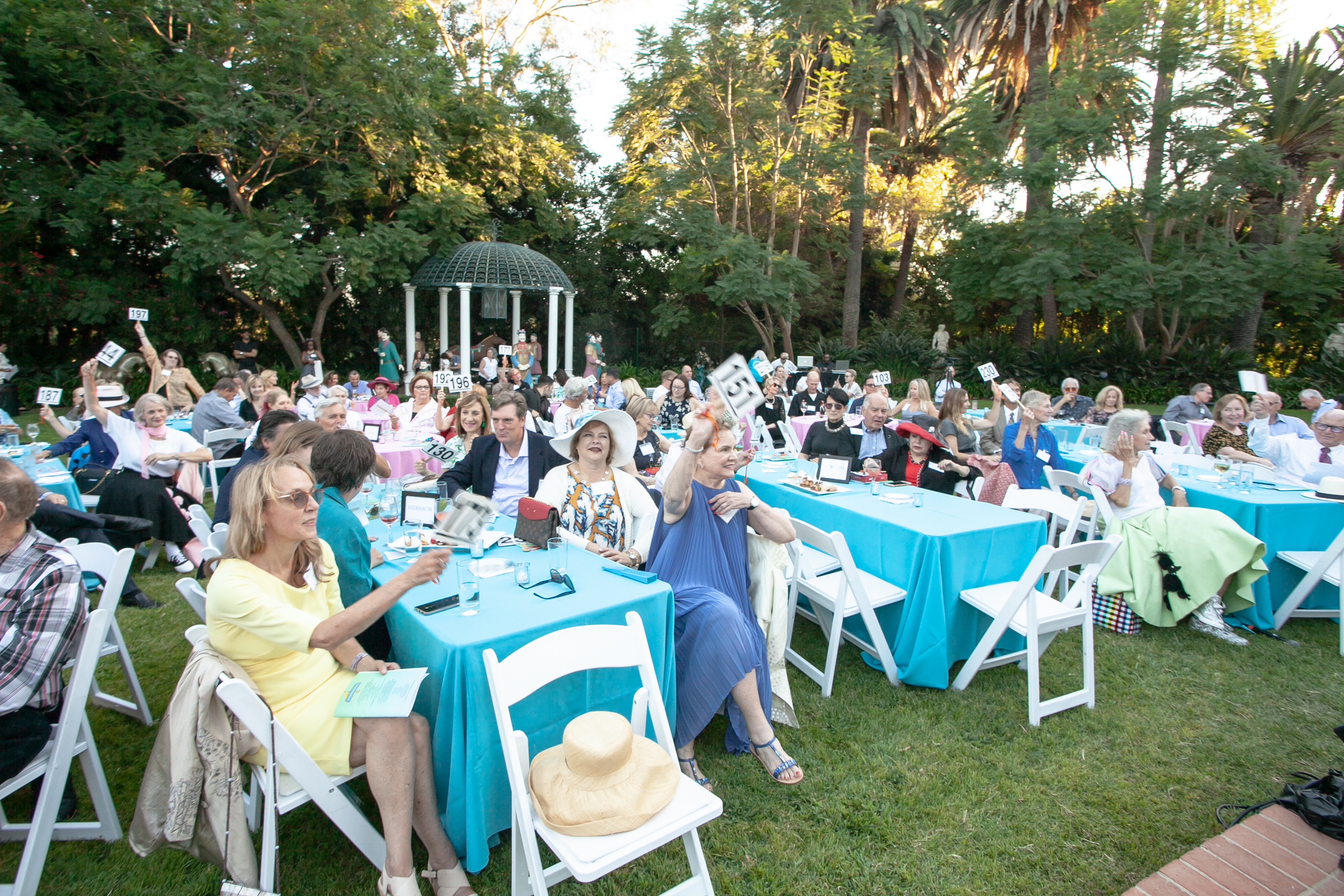 Thank you to all who came to support Wells Bring Hope’s effort to save lives with safe water! Thanks to our generous donors, capable volunteers, and especially to our event planner, Peggy Kelley of Timeless Celebrations who made the event a tremendous success! Thanks to this incredible team effort, 35 more villages in Niger will experience the transformative power of a safe water well. 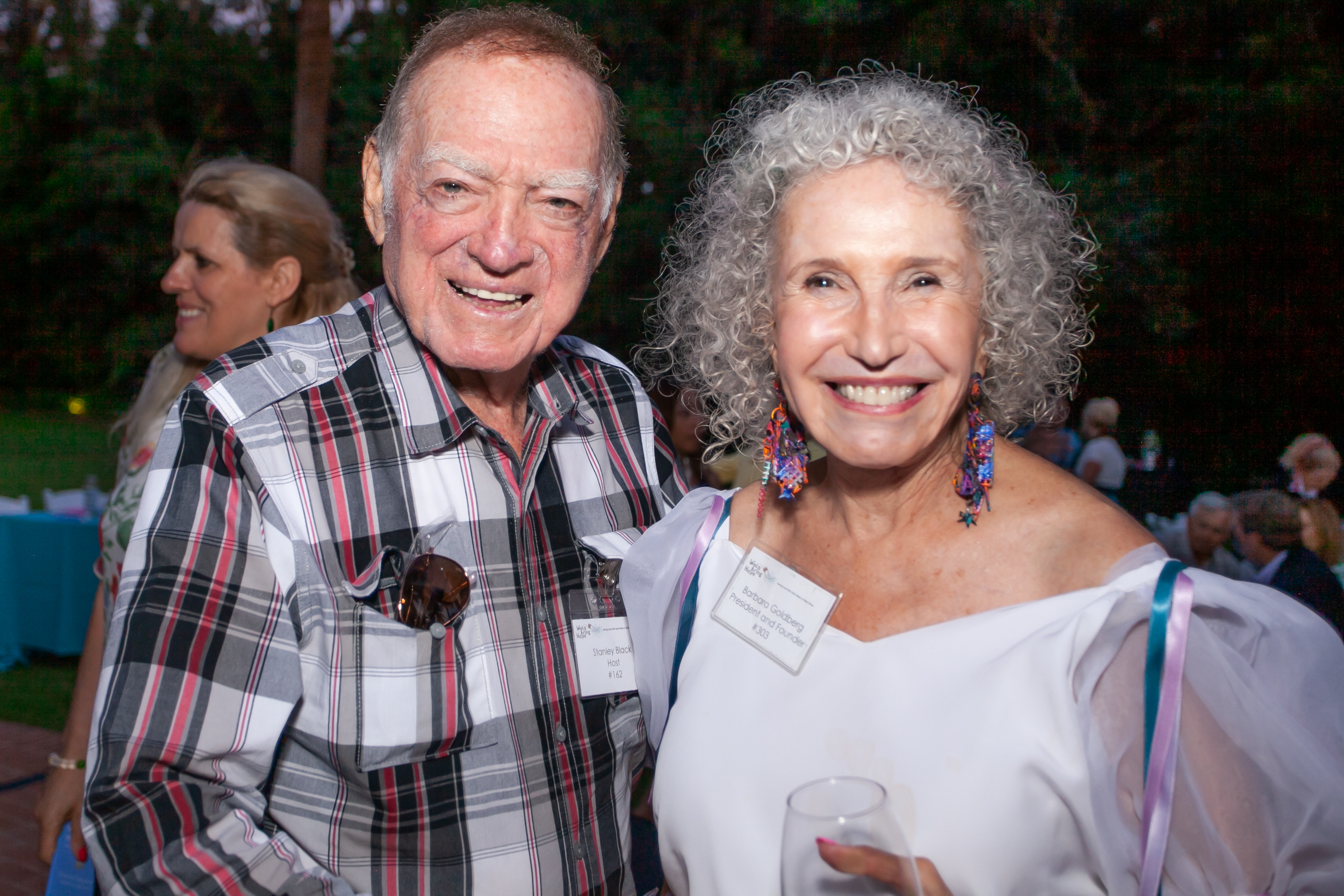 To view and download all of these photos and more, please check out the album on the Wells Bring Hope Facebook page. Photographer Tatsu Ikeda was with us once again, and we are so grateful to him for his incredible photography, which will help us to memorialize the event.