After her first child was born, Barbara Responsive Research, Inc. and spent over thirty years as a marketing consultant to Fortune 500 companies including Bank of America, Coca Cola, American Airlines, Johnson & Johnson, General Motors, General Mills, IBM, and 3M to name a few.

Barbara had a son in 1975 and moved to Los Angeles where she continued to work and raise her family.

In 1993, she founded Salon Forum, a non-business venture, to bring the many women she knew together for monthly events in her home that supported personal enrichment and connection. After a feature article on it appeared in The Los Angeles Times in 2007, Salon Forum’s mailing list grew to over 800 women.

In February, 2008, former L.A. County District Attorney Gil Garcetti spoke to the women of Salon Forum. His powerful works about and moving photographs of the water crisis in West Africa and the plight of women and girls touched Barbara deeply. An email the next day to the other women in the audience confirmed what she suspected – many felt a desire to take action. With little thought about how what she was doing might impact her life, Barbara jumped in with both feet and told Gil that the women of Salon Forum were taking up the clause. 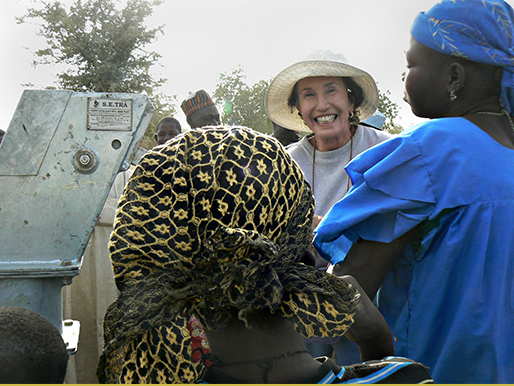 A native New Yorker, Barbara began a rewarding career in marketing and advertising on Madison Avenue in the era of “Mad Men.” and has a few of her own stories to tell. Early on, a pioneering opportunity came along in the area of new product development in a stimulating “think tank,” trailblazing in the area of consumer research.

Since beginning Wells Bring Hope in 2008, Barbara has devoted her full time to saving lives with safe water in West Africa.

Barbara believes strongly that life can take surprising twists and turns – she had always been open to walking down a new path. As a risk taker with an adventuresome spirit, the idea of taking up a cause that inspired her and others seemed like a natural step, despite the fact that she was approaching a time in life when most people are thinking about retirement and slowing down. Barbara saw WBH as an opportunity to use the skills she had honed in her career to help make a difference in the lives of others.

Barbara has always valued her freedom, taking time to travel to remote, far-off places for relaxation and adventure. A relatively late grandmother of three girls, she came to understand why friends talked endlessly about their grandkids. As the head an almost all-volunteer organization of mostly “20-30-somethings,” she values the opportunity to mentor and support a great team of water warriors. 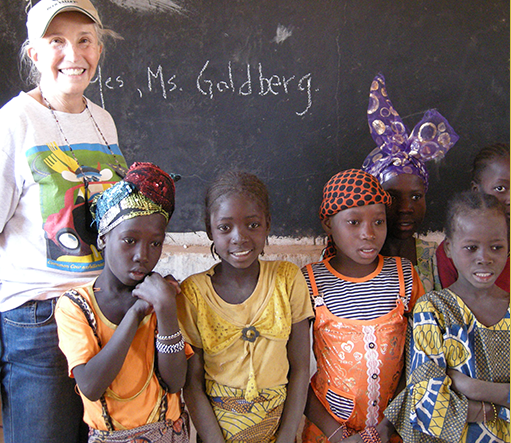