The Deadly Consequences of Unsanitary Water

Access to safe, sanitary water is a huge problem in Niger. Water is scarce since the Sahara Desert comprises two thirds of the country, and Niger is a landlocked country.

Water in Niger becomes contaminated for a number of reasons. The practice of open defecation is widespread. People relieve themselves in bushes, fields, near ponds, and by the roadside. As of 2015, 71% of the population practiced open defecation.[1] This is due to a lack of latrines and the social norm where people believe that open defecation is better and more widely accepted. As a result, feces runs into food and water sources such as ponds and crops.

The infrastructure in Niger is underdeveloped, and villages do not have proper sewage systems to dispose of waste. Water sources such as wells can also be easily contaminated since many of them are dug by hand and not properly maintained.[2]

The lack of water, limited ways to maintain sanitary conditions, and also a lack of education on hygienic practices (such as washing vegetables during meal preparation) create an environment for the spread of disease.

Unsanitary water leads to waterborne diseases that can be fatal if not treated properly.

Cholera is very rare in countries like the United States where modern sewage and water treatment eliminates the problem.[3] But it is an ongoing problem in developing countries like Niger. Scientists estimate that there are up to 143,000 deaths worldwide due to cholera.[4]

Some people only develop mild or moderate symptoms while others develop severe symptoms that can lead to death if not immediately treated. The cholera bacteria cause acute watery diarrhea. This leads to severe dehydration. A person with severe symptoms can die within a matter of hours if left untreated.

Fortunately, cholera is easily treated with an oral rehydration solution. Yet cholera remains a real threat in Niger where there is a serious lack of resources in health care and clean water. 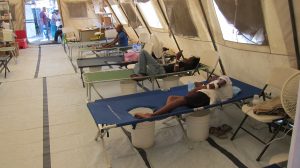 Typhoid fever is spread through contaminated food and water. The bacteria is shed in the feces and sometimes the urine of the infected carrier. Some carriers who do not show symptoms may get it on their hands after relieving themselves; if they do not wash their hands and then prepare food, the bacteria can be transferred that way.

Symptoms of typhoid fever usually last three to four weeks if left untreated. It is characterized by sustained high fever of around 104°F. Other symptoms may include diarrhea or constipation, rose-colored spots on the trunk of the body, abdominal pain, and a swollen liver or spleen.

Antibiotics are used to treat typhoid fever, but some individuals are not able to recover from complications. Before antibiotics, the fatality rate was 20%.[8] Alarmingly, there is a growing problem with antibiotic resistance in typhoid bacteria. Some antibiotics are less effective or even useless.[9]

The cycle of spreading the typhoid bacteria in Niger is never ending. Even after full recovery, some individuals remain carriers for many years and continue to shed the bacteria in their stool. Typhoid fever will continue to be a threat in Niger as long as there is lack of effective sewage waste disposal and inadequate access to clean water.

Dysentery is an infection of the intestines that causes bloody diarrhea. The two main types of dysentery are caused by bacteria (Shigella) or amoeba (Entamoeba histolytica). In the case of bacillary dysentery, the bacteria cause cellular damage, and this results in bloody diarrhea. In the case of amoebic dysentery, the amoeba can burrow into the intestines and cause ulcers, which can bleed.

The disease is spread by person-to-person contact or contaminated food and water. Like cholera, dysentery can be fatal because it causes severe diarrhea that can lead to dehydration.

The symptoms of dysentery include bloody diarrhea, mucus in the stool, abdominal cramps, vomiting, and dehydration.

Guinea worm disease is caused by a parasite called Dracunculus medinensis. People ingest the parasite’s larvae when they drink contaminated water. The female and male Guinea worms mate while inside the human body. The female worm will mature and then travel through the host’s body.

Guinea worms usually emerge from the feet. This causes incredibly painful lesions at the area where the worm emerges. The sufferer will dip his or her foot in water for relief, and this will cause the Guinea worm to release thousands of larvae into the water.[10] 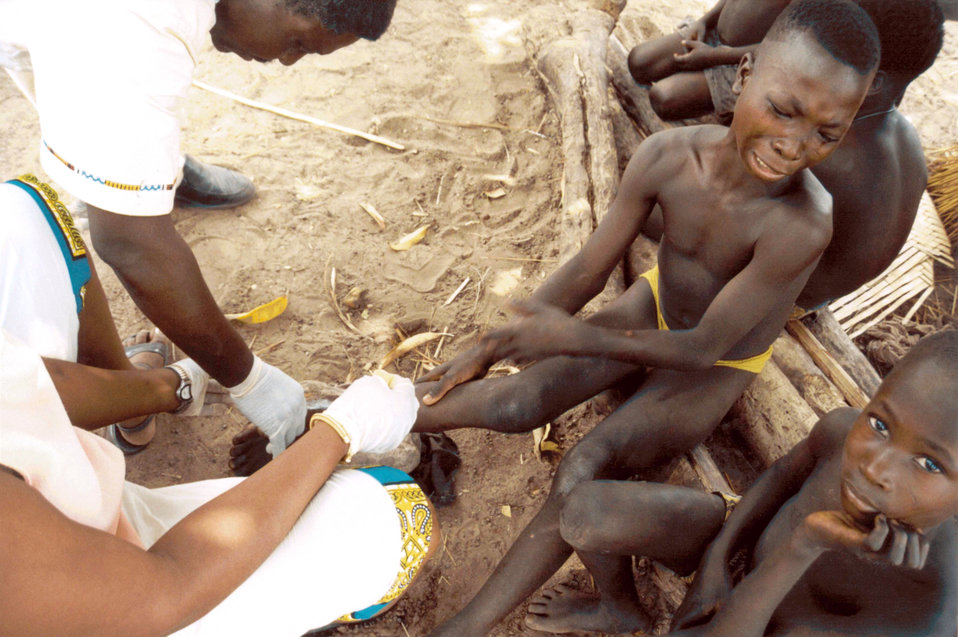 The Impact of Unsanitary Water Conditions

Children are most susceptible to dying from diarrheal diseases like cholera and dysentery, and diseases like typhoid fever pose dangers to their health as well. According to UNICEF, “Almost 60 percent of deaths due to diarrhoea worldwide are attributable to unsafe drinking water and poor hygiene and sanitation.”[13] In rural areas, access to a water source of any water quality is only 44.7% while only 7% have access to basic sanitation.[14]

On the whole, diseases like cholera, dysentery, and typhoid fever can be treated and prevented, but these diseases are still a threat to many in Niger where it is difficult for people to access clean water. The near-eradication of Guinea worm disease points to real progress, but Niger still has a long way to go.

Niger needs to build sewage systems that effectively dispose of waste, find a means for providing clean water to even its most remote villages, and implement programs that educate its people on best hygiene practices. Progress has been impeded by multiple, urgent factors that are overwhelming the government: overpopulation, drought, hunger, and political upheaval. As the people of Niger struggle through these crises, they continue to fall sick and cost the government more resources in the effort to keep afloat and survive.

Wells Bring Hope and many other organizations across the world exist to bring relief and improve the quality of life for people who desperately need help.