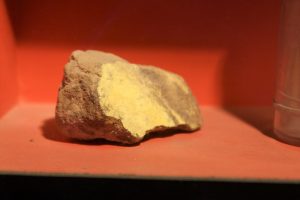 Although nearly 90% of Niger’s population lives without electricity, rich deposits of uranium in the northern regions of the country provide France with nuclear energy for electricity through the French nuclear energy company AREVA, which has been mining in Niger since 1958[1]. One out of every three light bulbs in France is lit with Nigerien uranium.[2] Uranium exports account for 75% to 90% of Niger’s national export income[3], but this revenue comes at a steep cost to the local population.

In a desert nation that already struggles to provide clean, fresh water for its citizens,  AREVA has used over 270 billion liters of water in the mining towns of Arlit and Akokan. This strain on local fossil aquifers increases the rate of desertification, which is devastating, considering that only 11.5% of Niger’s land is arable. Worse yet, uranium has been contaminating the water supply above the WHO’s recommended limit for drinking water. Alpha activity levels have been reported to be 10 to 100 times higher than the safety levels suggested by WHO. After reports from Greenpeace exposing high water pollution, AREVA closed several wells, attributing it to “natural pollution.”

Nigerien filmmaker Amina Weira’s 2016 film, La Colere Dans Le Vent, or Anger in the Wind, gives a personal glimpse into how the uranium mining industry has impacted her hometown of Arlit. AREVA has been mining uranium in Arlit since 1976. Her father worked in the uranium mines for 35 years and helped put her in contact with other miners who shared their stories of danger and exploitation. 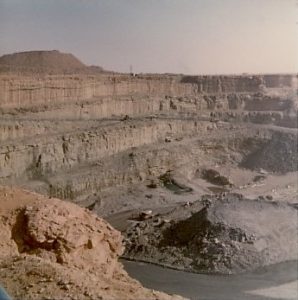 In a Greenpeace report, Salifou Adinfo, a former driller who worked in the mines from 1966 to 2000 recalled the working conditions at the time: “In that time, there was complete ignorance! No mask, no protection. Then [later] we received protection. Before, we worked with our bare hands! …The mining company never informed us about the risks…we relied on what God decided.” [6] Due to persistent pressure from activists and locals, in recent years AREVA has finally started to provide better protective gear for its employees.

In her film, Weira commented that the danger to local residents is particularly significant since they are not educated about radioactivity: “Radioactivity is not something you can see and the local population knows nothing about the risks associated with it. At certain times of the year, the entire town is covered in sand due to the strong winds.”[7]  Due to the sandstorms that plague the region, radioactive particles are spread far and wide across the land, posing a threat to the health of all residents.

The effect of radiation on local health is undeniable. The rate of death from respiratory infection in the mining town of Arlit is double what it is in other parts of the country.[8] A local journalist reports miscarriages and birth defects among villagers: “Villagers sought spiritual interventions against the high rate of death, miscarriage, and deformed babies. There are cases where children were born with four legs, four eyes, with no eyes or with an enlarged head. Animals were born with six legs.[9]” Like many other miners, former AREVA employee Hammett has had to retire due to extreme chronic pain: “I had to quit because of unbearable pains in my joints, but I can consider myself lucky. The cases of heart attacks, strange skin conditions or permanent migraines in this place cannot be counted[10].”

Yet, all is not lost. Nigeriens are standing up for their country. Ali Idrissa is a human rights activist and co-founder of ROTAB, the Network of Organisations for Transparency and Budgetary Analysis, which seeks to promote transparency and fair negotiations between the Nigerien government and French nuclear energy companies. His goal is to properly manage Niger’s natural resources and distribute them for the benefit the people of Niger. His campaign, “Don’t touch my uranium,” has encouraged public figures and influential members of society to demand transparency and equality in the government’s handling of Niger’s natural energy resources[11].

Idrissa has suffered violent clashes with armed forces, arrests, and threats. Still, he carries on: “But even if I am scared at times, fearing for my life, I won’t give up this battle for Niger, for my people, for my family.”