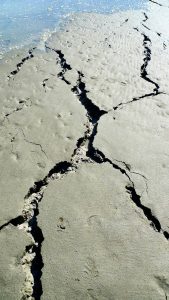 At 11:39 PM on Friday, September 18th my house started to judder violently. As I lay helplessly pinned to my mattress desperately hoping that the ceiling would remain above my head while listening to my six-year-old scream in fear, a small voice in the back of my head told me “Well it’s 2020, what else did you expect?”

Naturally, most Angelinos take a 4.5 magnitude rattler in stride. I’m not a born Angelino though. I come from Scotland, a part of the world where the ground has the decency to stay still underneath your feet. If it does start swaying, that is a sure sign that you’ve overdone things at the pub and now is a good time to stumble home, crawl into bed, and await the hangover that you’ve well and truly earned.

So it was that around midnight I was doing an unconvincing job of reassuring my eldest son that everything was fine after the earthquake, that had followed the Bobcat fire reaching the outer perimeter of our city’s boundary, which was preceded by historic civil rights protests, in the midst of a pandemic, which has caused an unfolding economic disaster, that is the backdrop to one of the most bitterly contested presidential elections in living memory. 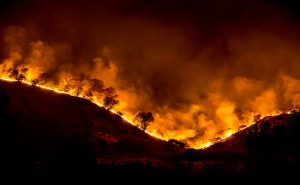 Incidentally, my youngest earned his So Cal spurs by sleeping through the whole thing, blissfully unaware of the shaking and screaming that unfolded around him.

Yes, 2020 has been a complete and utter fiasco for most of us, and the knowledge that we still have to drag ourselves through the last three months of this wretched year is weighing heavily on many. It feels like we lack control over our own destinies at times and we ask ourselves constantly “could it be any worse?”

We could live in a country where the following are part of everyday life:

That is the reality on the ground in Niger. Every single year.

The absolute kicker here is that these are preventable problems and access to sanitation and safe water is a huge leap forward in resolving the issues I just listed. You, dear reader, can do something about that right now. Go to the Wells Bring Hope donation page and give $30 right now. Go on. Do it. I’ll wait.

You may be asking yourself why $30? Well, that’s how much it costs to give one person clean water for life. That is a lifesaving intervention for another human being that costs an amount of money that would barely cover a medium-sized family’s coffee order at Starbucks.

I can’t prevent earthquakes. I can’t extinguish LA county’s largest-ever wildfire myself. It will take more than one person to bring equality to our society (though we do have a responsibility as individuals to do our bit). I can’t single-handedly bring a global pandemic to a halt. My consumer spending will not fix the economy on its own. While it is your duty to vote if you have the right, you won’t single-handedly resolve an election.

I can save someone’s life. While 2020 is undeniably a dumpster fire of a year, it is still within my capacity as an individual to do that one bit of good and salvage something from this mess.

If you also want to take control of something in 2020 then here’s the donation page link again. If saving one life doesn’t seem like enough to mitigate the wall of negativity that is this year, then you can always make that donation a monthly one!