Tuesday, April 10th is Equal Pay Day in America. The day of the week is significant: it falls on a Tuesday each year because it represents how far into the following workweek a woman must work in order to earn what a man earned the previous week. Though there are laws in place that prohibit gender-based pay discrimination (and there have been since 1963), the average working woman in the United States is still paid approximately 80 cents for every dollar a man earns, amounting to an annual gender wage gap of over $10,000. When you factor in race as well as gender, the disparity is even more staggering. Black women who work full time earn 63 cents for every dollar paid to white, non-Hispanic men. That means that Black women have to work for 19 months to earn as much as white, non-Hispanic men earned in a year.

This pay gap exists in every single state, even those that are typically seen as progressive. 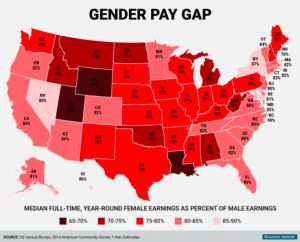 Without the data, many people would also consider the United States to be more progressive in this area than the rest of the world; however, this is also not true: 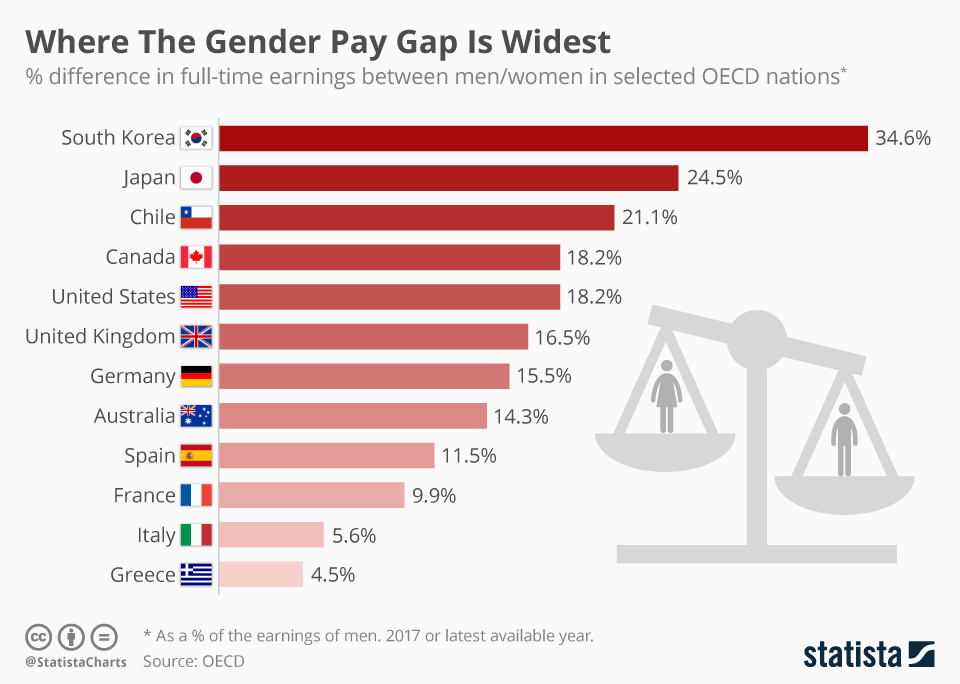 Pay inequality is a frustration and hardship that women around the world have to deal with on a daily basis. However, in many countries, women’s equality is a secondary concern as they are still struggling in 2018 to meet the basic needs of their citizens: access to food and clean water. In Niger, women and girls walk miles each day to get water. As a result, girls don’t go to school, furthering the disparity between males and females. The average woman in Niger receives just 4 years of education.

At Wells Bring Hope, we are focused on providing access to clean and safe water for the people of Niger. But what makes our organization unique is our continued commitment to the communities where we drill. We focus on improving the quality of life for women and girls. Before a well is drilled, a committee composed of at least half women is established to learn how to maintain it. Once a well is completed, our partner, World Vision, maintains a presence in the village for 15 years to teach basic hygiene, drip farming, and offer women microfinance training. Women are then taught basic financial skills and lead the formation of saving groups that require a small financial contribution in order to participate. Once pooled, the money is loaned out to other group members to help start their own small businesses. Once their business grows, the debt is repaid to then be loaned out to other women, perpetuating the impact women can have on their community.

A great article from World Bank outlines the importance of women having opportunities to earn for their families. “Promoting women’s access to gainful employment can unleash a strong force for innovation, productivity, and economic growth. With income opportunities also comes more control over household resources, and there is evidence that women are more likely than men to invest resources in children’s health and education.”

Educating and encouraging women to participate in income-generating activities perpetuates the advancement of their communities, families, and other women and girls. So this Tuesday while you’re reflecting on the struggles women face in our own backyards, I’d like you to also consider the struggle women around the world are facing, including the women of Niger. Gender inequality is a global issue, and with your support, we can tackle it together.