Humanitarian Response Plans and a New UN Office in Niger

Humanitarian aid organizations and the government of Niger are scrambling to design more targeted relief plans to respond to the recent upsurge in violence at the hands of armed groups in Niger. Violence in areas that border Burkina Faso, Mali, and Nigeria has created yet another challenge for already vulnerable populations in Niger. In addition to the violence, natural disasters like flash floods , plant diseases, and related agricultural epidemics, have increased since July 2019 and resulted in the destruction of a number of fresh water reservoirs, which in turn  caused the death of a large quantity of livestock. Unfortunately, according to recent weather forecasts, this situation is only expected to worsen over the coming year. 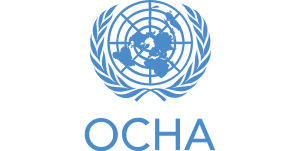 On November 20th, the United Nations Office for the Coordination of Humanitarian Affairs (OCHA) released its funding overview which stated that its Niger Humanitarian Response Plan of 2019 required an additional $160.5 million (42% of the original target). This budget was put into place as a response to the “emergence of new humanitarian needs and the persistence of the needs not covered” by previous relief efforts. In 2019 alone, 1.6 million people in Niger faced food insecurity, 1.8 million suffered from malnutrition, over 437,000 refugees have been displaced, and over 295 security incidents were reported. The humanitarian crises facing Niger have been exacerbated by instability in neighboring countries which are ill-equipped to handle the influx of refugees and facing violent crime on their own. While it was unable to reach its goals in 2019, OCHA continues to reach out to previous donors in the hopes of completing its projects by the end of 2020. The targets of the response plan include:

As a result of the needs of the country, on December 9th the UN High Commissioner for Human Rights, Michelle Bachelet, and the government of Niger formalized an agreement to open the first-ever UN Human Rights Office in the country. The debut of this new office serves as a symbol of Niger’s commitment to promoting human rights and protecting its citizens, particularly the most vulnerable: refugees, migrants, women, and children. The office will work to:

Food and Agriculture Organization of the United Nations. (2019). The Niger: Response Overview of December 2019. Retrieved from https://reliefweb.int/sites/reliefweb.int/files/resources/CA7230EN.pdf