Look for the Helpers

A few weeks ago, lightning struck a tree in the mountains near my town. A fire flared up, greedily devoured the tree, and then roared through the range, leaving behind the blackened corpses of trees. Smoke blotted out the blue sky and filled mouths and lungs. Those who could stay behind the walls of their homes did; the 5,000 who lived near the fire had to snatch a few belongings and leave their homes behind. The fire is still churning, although the unflagging firefighters have stopped it from descending any closer to the cities nearby. At night, I watch the flames, and my heart sinks for the dying land and animals.

As I write, I turn my thoughts to the east, to Niger. In the Sub-Saharan region, much of the land is barren, claimed by the heat. And they can’t exactly splash some water on the problem and call it good, especially considering that a lack of water is one of the problems. Shockingly, an abundance of water can also be deadly. Those who live in the Niger River Basin suffer regularly from flooding that leads to death and displacement.

Looking at the poverty, disaster, and suffering that plagues millions around the world, it’s easy to feel bleak. But then I read, for example, about youth efforts to digitally plot flood-prone areas throughout Niger. The data is publicly available and sent to the government so Nigeriens can not only be warned about areas vulnerable to flooding but also learn safer places to grow food and when to start planting. They’ve already collected 15,000 data points in Niamey and are expanding to other areas of the country. The work means long days of trudging through mud, counting the number of buildings, inspecting construction materials, and locating electric poles, but as one volunteer said, “We’re young and keen to help. The working conditions are tough, but worth it.” 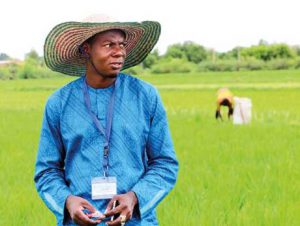 The articles on the Wells Bring Hope blog show numerous examples of community members looking out for each other, developing agriculture, disaster preparedness, financial, and women’s groups. Farmers who learned about FMNR, discussed in Lilia Leung article, have taken to the radio to share the techniques beyond their communities, eliciting so many callers that the radio show went half an hour over time. Outside organizations as well are flocking from all over the world to provide relief through medicine, education, and water.

I see the same thing at home. When people had to flee the fire, others opened up their homes, donated everything from toothbrushes to the cost of an entire wedding. So many supplies were donated to the firefighters that they couldn’t use it all. You’d think that when things go wrong, it’d be like the movies—people shoving each other out of the way to get to safety, breaking windows to get to food—but that’s not reality at all. I think that selfishness stems from prosperity, and that kindness comes out of hardship.

Maybe it’s not a coincidence I’m writing this on the 51st anniversary of the production of “Mister Rogers’ Neighborhood.” A popular quote by Fred Rogers sums up how I feel about humanity itself: “When I was a boy and I would see scary things in the news, my mother would say to me, “Look for the helpers. You will always find people who are helping.” While it is important to acknowledge problems, seeing how communities, organizations, even nations are banding together to support each other offers hope and direction. Focus on what’s being done, and then focus on what you can do, and the world will look a lot more neighborly.