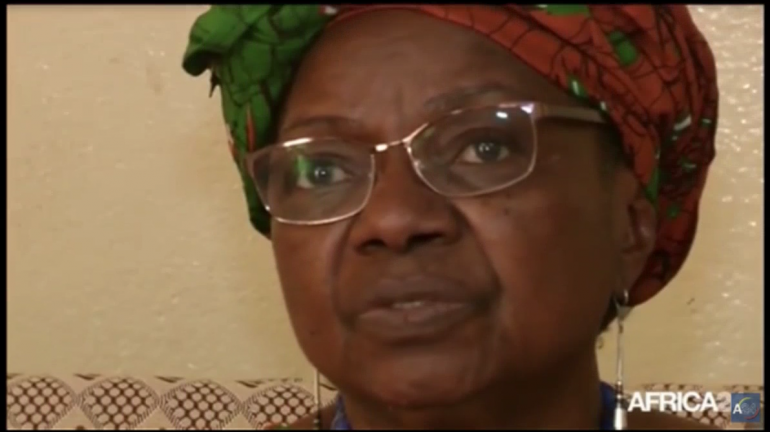 As the end of the year approaches, I find myself thinking about some of the people we lost in 2018 whose lives and work touched and inspired us. One of them is Mariama Keita, who passed away on October 29 at the age of 72. Keita is best known as Niger’s first woman journalist but she was also a lifelong advocate for democracy and human rights, particularly the rights of women and children. She leaves a remarkable legacy and a long list of accomplishments that will inspire generations of women to persevere in the fight for equality and human rights for all.

Keita was born in Niamey in 1946 and began her career at age 18 as an intern at Radio Niger, the country’s first radio station. Journalism was an exclusively male profession at that time, and Keita faced widespread discrimination. It was considered inappropriate for a woman to be reporting on events and conducting interviews, especially with male leaders, rather than at home caring for her family. Even today, women in Niger are significantly under-represented in the media, especially at the highest ranks of the profession.

But Keita persevered, determined to become a successful journalist. At the end of her Radio Niger internship, she traveled to France to study journalism at the Office of Radio Cooperation as part of a program for African students. She returned to Niger in 1967, journalism diploma in hand, to become the country’s first woman journalist.

Keita worked at Radio Niger for many years as a reporter, editor, presenter, and producer, often focusing on issues affecting women and children. She not only pioneered women’s journalism in Niger as the first female voice of radio, she also shattered the glass ceiling. She rose through the ranks to become the director of Radio Niger (by then known as Voix du Sahel) and, in 2003, was appointed the first woman president of the High Council for Communication, the entity responsible for regulating Niger’s media and ensuring a free press.

In addition to her distinguished career as a journalist, Keita was an advocate for democracy and human rights, particularly the rights of women and children. In advance of the country’s first democratic elections in 1993, she helped popularize Niger’s new constitution. She also headed the Association for Democracy, Freedom and Development, one of the first non-governmental organizations (NGOs) in Niger.

In 1995, Keita co-founded the Coordination of Niger Women’s NGOs and Associations, a coalition of nonprofits focused on women’s rights. She proved to be adept at navigating Niger’s complex political and religious landscape and at building consensus among different interest groups. She and her organization worked closely with religious leaders, village chiefs, lawmakers, and judges to advance women’s rights in areas such as marriage and divorce.

Keita also worked as a teacher, mediator, and communications consultant, sharing her knowledge and skills with Niger’s next generation of young journalists and with human rights organizations and governmental agencies. She authored articles and working papers, spoke frequently at conferences, and received several national and international awards for her work. Throughout her life, Keita never stopped working to improve the lives of Niger’s women and children. As I reflect on her many accomplishments, I am inspired by her determination, tirelessness, and courage. I am also grateful to be involved with Wells Bring Hope and to be able to play my own small part in empowering the women of Niger and bringing hope to them and to their families.