Niger has recently made great strides in the realm of public health by becoming the first African nation to eliminate river blindness.

River blindness is a disease that has plagued West African nations and other regions throughout the continent. Known formally as Onchocerciasis, the ailment is the result of a parasitic worm, Onchocerca volvulus, that makes its way into the human body when infected blackflies bite people who live near fast-moving bodies of water, and the plague of river blindness has long threatened communities living along the Niger River.

After a person is bitten by infected blackflies, tiny larvae travel throughout the body to affect the skin, eyes, and organs. Unfortunately, infected humans often experience lesions in the eyes that cause vision loss and blindness as well as debilitating skin conditions. 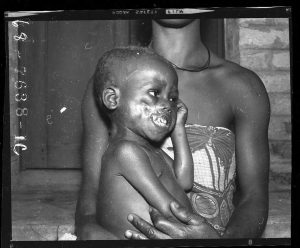 The impressive accomplishment of eliminating this heartbreaking disease occurred through the efforts of the Reaching the Last Mile Fund, a financial partnership of the crown prince of Abu Dhabi, Sheikh Mohamed bin Zayed al Nahyan, the Bill & Melinda Gates Foundation, and the END Fund.

Their combined financial support helped propel the disease’s eradication. For years, Niger has employed methods like helicopter and ground spraying to combat the numbers of blackflies in the affected regions. Additionally, the drug Ivermectin, which is a popular treatment for river blindness, has been distributed by campaigns with companies like Merck since the 1980s and has aided in the process of eradication.

Now, thanks to an influx of financial support for long-term control efforts, the disease is finally gone in Niger. The next steps for Niger to officially announce eradication will be to complete paperwork for verification so that the World Health Organization can declare the impressive feat.

Eliminating river blindness in Niger will mean increased economic prosperity. Families living in affected areas will be healthier, so they are freed to work and pursue an education. The fertile lands near the Niger River can once again be used for farming, reducing food insecurity. With the public health dangers that stemmed from the disease no longer threatening Nigerien citizens, brighter days lie ahead for the country.