Refugees and Displaced Peoples in Niger 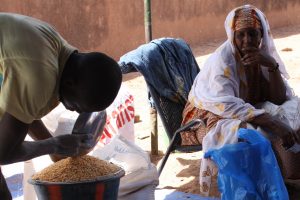 The UN recently issued a report on the state of the humanitarian crisis in Niger that’s resulted from sectarian violence in the region. “The insecurity has forcibly displaced more than 537,000 people across the country,” the UN Office for the Coordination of Humanitarian Affairs said. “It has also affected people’s access to basic social services, including education and health care.” Routine attacks from various religious extremist groups have forced civilians in neighboring Mali, Burkina Faso, and Nigeria to flee their homes in search of safety in Niger. As the poorest country in the world, Niger is ill-equipped to handle this steady influx of refugees and the country is struggling to provide them with basic necessities while fending off the violence that’s been spilling over the border for years.

In areas where the Nigerien government has managed to get the violence under control, Internally Displaced Peoples (IDP’s) are being given the go-ahead to finally return home. Nearly 6,000 people displaced by violence in 2015 have returned to southeast Niger’s Diffa region already, with another 2,000-4,000 to follow. They are the first part of a bigger operation to return people to 19 towns and villages in the region. Niger’s government approved the return of these IDP’s “given positive changes in the [security] situation on the ground,” said Diffa regional governor Issa Lemine. This is a promising step forward, but much work will need to be done to rebuild the institutions and infrastructure that were neglected or damaged after locals were forced out.

Those coming home again will be faced with many of the same problems they faced while displaced. As IDP’s, children tend not to attend school consistently, if at all, and parents struggle to make ends meet. In order for locals to return to schools and work in their home villages, they need to have their basic needs met and that starts with having a reliable source of clean water. Women and girls are the worst affected in this regard because they’re the ones tasked with walking 4-6 miles a day to retrieve water for drinking, cooking, and farming. Girls are unable to attend schools and women are unable to start businesses or bring in income for their families because their days revolve around fetching water which is often unsafe to drink.

But many of these problems can be alleviated with a solution Wells Bring Hope is uniquely qualified to provide: a drilled borewell. These deep-water wells provide a consistent, clean source of water which improves sanitation and hygiene, and allows for drip farming, in addition to providing safe drinking water. The benefits of a drilled well are diverse and immediate: water-borne diseases plummet, child mortality drops by 70%, and school absenteeism is reduced by 40%. Having a reliable source of water frees girls and women to pursue education and economic opportunities. Wells Bring Hope has drilled over 680 of these wells and helped over 700,000 Nigeriens in need so far. Access to clean drinking water gives Nigeriens a necessary foundation upon which to rebuild villages that have been run down by years of conflict, as well as bolster towns taking in large numbers of refugees. Whether fleeing home or returning to it, refugees and IDP’s benefit greatly from drilled wells and they need our help now more than ever.