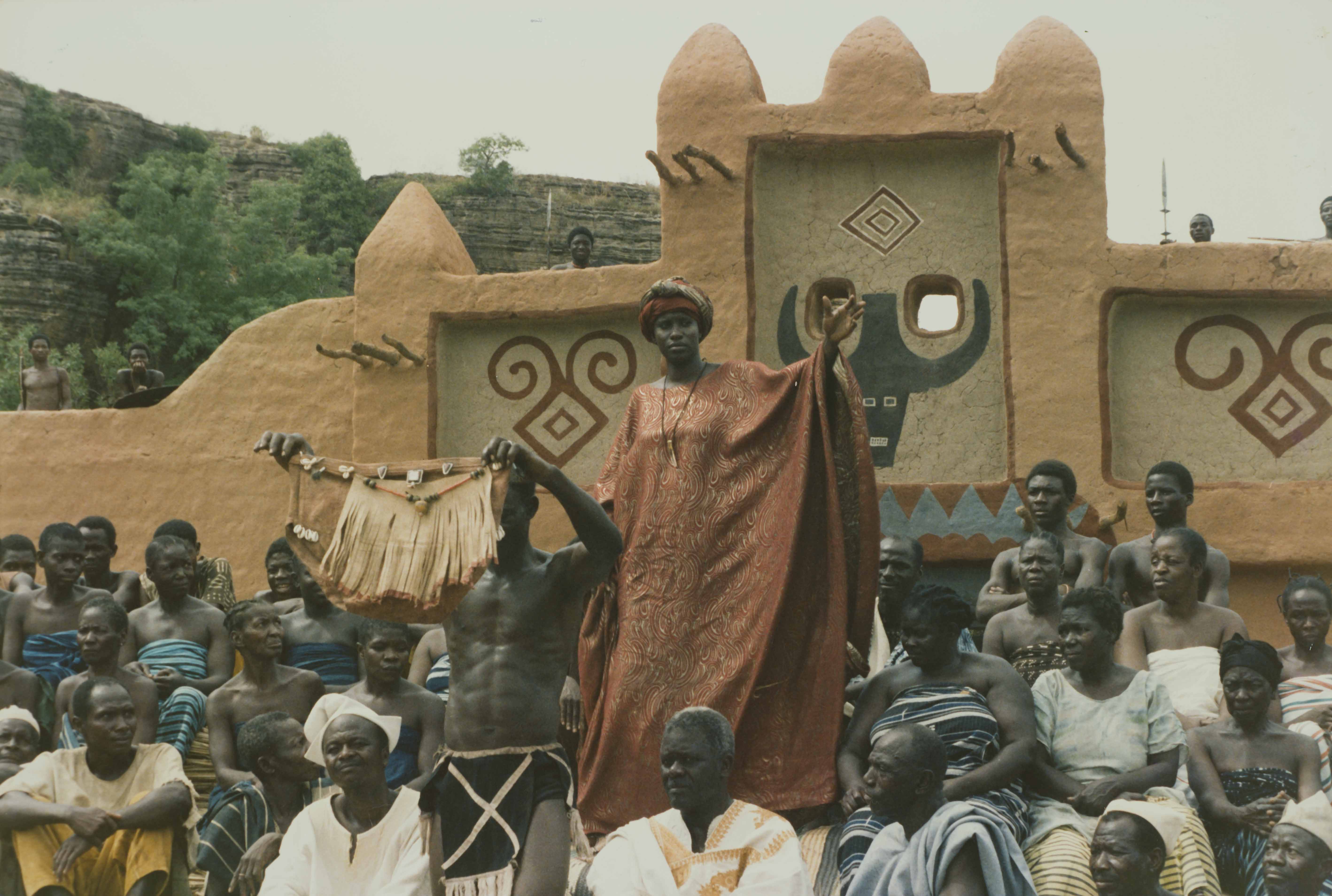 During the “Scramble for Africa” of the late nineteenth century, where European colonial powers rushed to conquer, and exploit the African continent, a powerful queen emerged: Sarraounia (Hausa for “queen”or “female chief”), leader of the Anza people in Lougou, Niger. Although, French historical documents give little information about this fascinating woman, the information that exists is astonishing enough. In April of 1899, her village was threatened by the notoriously cruel French commanders Paul Voulet and Julien Chanoine of the bloody Voulet-Chanoine Mission. Captain Voulet was said to have “a true love of blood and cruelty” and Lieutenant Chanoine was described as being “cruel out of cold-bloodedness as well as for pleasure.”[1] Determined not to allow her people to fall into such evil hands, Sarraounia rose up to defend her people with an ingenious plan.

She hid the women and children behind a thick, impenetrable bush, while she led her army against the invaders. When enemy gunfire overwhelmed her forces, she strategically retreated with her comrades into a protective thicket of jungle vegetation. From the cover of the undergrowth, her army continued their resistance with guerilla warfare. Although the French army ultimately prevailed, Sarraounia’s skill and bravery gave Voulet and Chanoine the most painful losses of their mission thus far: four French soldiers killed and six wounded. 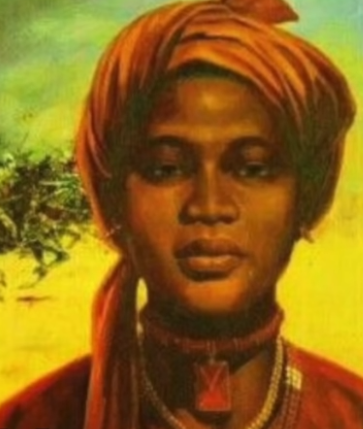 By ChernorizetsHrabar – Own work, CC BY-SA 4.0,

The term “Sarraounia” refers to a woman who is not only a political ruler, but also a religious authority.[2] Interviews conducted by Professor Antoinette Tidjani Alou in modern-day Niger, record Nigeriens calling Sarraounia the “mistress of all the spirits” and “mother of all [animist] traditions” (Tidjani Alou 48).  She, being a female leader of the animist Anza people in a predominantly Islamic region, was believed to possess mysterious powers. The disastrous Voulet-Chanoine Mission ended with both Voulet and Chanoine being killed by their own soldiers, and Sarraounia’s magic was believed to be responsible for this humiliating end.[3]

Sadly, Sarraounia fell into oblivion and was only brought back to international attention by novelist and political activist Abdoulaye Mamani, who wrote the novel Sarraounia about her. In 1986, it was made into a movie which won first prize in the Pan African Film and Television Festival of Ouagadougou. Once an obscure female ruler in the annals of Nigerien history, Sarraounia became a pan-African symbol of both colonial resistance and female leadership.[4]

Sarraounia’s courageous example is an inspiration to anyone who is fighting for freedom against great odds. The mission of Wells Bring Hope is to empower girls and women to achieve independence and equality in spite of economic and cultural obstacles. No matter how long the process or how insurmountable the setbacks, every Nigerien girl can make a lasting difference in her community, just as Sarraounia made her mark in Nigerien history.