Women Musicians in Africa Open the Door for Important Conversations 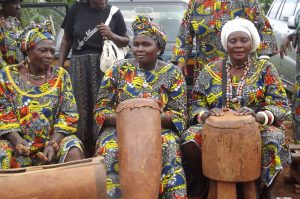 In a time where much of the music coming out of the West seems to be about superficial subjects like dating, clubbing or living the high life, women-led musical groups across Africa are showing the world how powerful socially conscious music can be.

These talented musicians are producing everything from blues and soul to rap and hip-hop, combining old and new to make something completely fresh and exciting. Many of these musicians sing in their native tribal languages such as Zarma, Tamachek, and Hausa, which adds to the beauty of their songs.

These women musicians are showing people what women can do, serving as needed role models to girls and young women everywhere. Their songs, which shed light on both local and universal subjects, help raise awareness of important social issues that otherwise might not be addressed.

One such musical group, Les Amazones d’Afrique, whose members come from all over the continent, has found success singing songs that empower women and speak out against violence. Their work is as ear-catching as it is important, garnering praise from NPR, Rolling Stone, and Barack Obama.

Niger itself is home to many outstanding women musicians who sing about everything from love and religious life to women’s and children’s rights to public health issues and subverting colonialism. This article by Sarah Burgess does an excellent job of detailing four Nigerien groups you should be sure to check out – you’ll be glad you did.

Music has been used as a powerful tool for change for millennia, and in a world that needs empowered women more than ever, it’s refreshing to see such strong women take center stage.

Empowering Women Will Change the World